Shriver and Lazenby to divorce 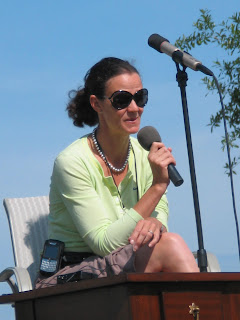 Lazenby--who is alleged to have been offered a seven-picture deal but turned it down--played the role of James Bond in On Her Majesty's Secret Service. He was also the European Marlboro Man. He was formerly married to Christina Gannett of the Gannett Newspaper Publishing family.

Shriver, who won 22 majors in doubles and an Olympic gold medal, is currently best known as a tennis commentator for ESPN. However, she also provides commentary for ABC, CBS, the BBC, and 7-Sport.
Posted by Diane at 8:58 PM