Top seed Vinci upset in first round of ASB Classic

Ana Konjuh began her 2014 season yesterday in as great a way as she could ever have imagined. The Croatian wild card, who turned 16 last week, defeated Auckland top seed Roberta Vinci 3-6, 6-4, 6-2. Vinci is ranked number 14 in the world, which makes this a huge win for Konjuh. The teenager's next challenge will be to play Lauren Davis, who defeated Marina Erakovic in straight sets in the opening round.

In Brisbane, Dominika Cibulkova had to go three sets to get past Kimiko Date-Krumm, and in Shenzhen, top seed Li Na defeated Vera Zvonareva in the Russian's first WTA match in a year and a half.

Meanwhile, at the Hopman Cup event, Italy looked a lot better against Australia than it did against Poland. For one thing, Andreas Seppi recovered from his illness and was able to play. And though he lost in men's singles, he and Flavia Pennetta won the mixed doubles match, and Pennetta defeated Sam Stosur in women's singles.
Posted by Diane at 9:42 AM 2 comments:

The team of Sloane Stephens and John Isner made a big Hopman Cup debut today, winning all three matches against Spain. In the meantime, France went 2-1 against the Czech Republic, whose only win was in women's singles--Petra Kvitova defeated Alize Cornet.

In Brisbane, Ashleigh Barty defeated Daniela Hantuchova in the first round, and Garbine Muguruza--someone who is on my watch list--beat Christina McHale in the opening round in Auckland.
Posted by Diane at 6:25 PM No comments:

Withdrawals change the field in Perth

First, young ATP star Jerzy Janowicz withdrew from Poland's top-seeded Hopman Cup team, leaving Agnieszka Radwanska in a difficult position. Now Tommy Robredo, the King of Hopman Cup, has withdrawn because of a wrist injury, leaving Anabel Medina Garrigues in a bad position. Of course, there are a lot of top-ranked Spanish players, but none of them is in Perth. Daniel Munoz-De La Nava has joined the Spainish team, and Davis Cup team member Grzegorz Panfil has taken the spot on the Polish team.

So far, things are going okay for Radwanska. In the very first match of the Hopman Cup, she beat Flavia Pennetta 6-2 6-2. She and Panfil then beat the Itaian team of Pennetta and Oliver Anderson 6-2, 6-1. Oliver Anderson? That's right--Andreas Seppi retired because of illness in his singles match and Anderson stepped in to play for Italy.

So Poland went 3-0 against Italy.

Spain didn't have the same fortune. Medina Garrigues won only one game against Petra Kvitova, Munoz-De La Nava lost to Radek Stepanek, and the the Spanish team lost to the Czechs in mixed doubles.

Serena Williams was honored yesterday as the Associated Press's pick for Female Athlete of the Year. This is the third time that she has won the award.

"She just continues to be an inspiration to American tennis," said Gordon Smith, the executive director of the USTA.
Posted by Diane at 12:09 PM 9 comments:

CarolineWozniacki has signed a deal with Babolat, who makes the racket she used for years before she started playing with a Yonex racket. Wozniacki said that she is looking for increased power as well as more control. For some time now, Wozniacki has been using a Babolat racket, but she had to black out the name because of her Yonex contract.

Steve Simon, tournament director of the BNP Paribas Open and member of the WTA's board of directors, will be interviewed live for one hour on December 30 at noon (USA Pacific Time) , as part of Radio Tennis's new "Holiday Sessions" feature. The series of four interviews begins on Christmas Day, and also runs on December 27 and December 28. You can check the schedule here.

Here is a peek at Nike's Australian Open outfits for Maria Sharapova and Serena Williams.

Williams and Victoria Azarenka will be showing off Thai silk on the runway in Hua Hin  on Saturday.

To those of you who enjoyed the late Robert B. Parker's Spenser detective series, here's a tip: Skip the Christmas novel, Silent Night, finished ("finished off" would be more like it) by Parker's long-time agent, Helen Brann. I've read only one of the Ace Atkins Spenser novels, and it was way more authentic than Silent Night. So why, do you ask, am I even bringing this up? Well, it turns out that both Kim Clijsters and Martina Navratilova appear as characters in the novel, and Clijsters is a speaking character, though her role is very small. More interesting is the retired WTA player whose serve is so deadly, she is able to throw a table knife and kill a man who is about to shoot her to death while they are seated at a formal dinner party. (This trick could also be useful when dining or drinking in German restaurants--just saying).

The WTA wants you to take a survey about its official site.

The WTA also wishes you a happy holiday:

On the fifth day of Christmas
Maria gave to me
Five gummy things!
Four pairs of shorts
Three Fed Cups
Two sets at love
And an 18th major victory

Sachia Vickery had a great weekend in Norcross, Georgia, where the Australian Open wild card playoffs were held. In the first round, the unseeded Vickery beat 2nd seed Madison Brengle. In the second round, she beat 3rd seed Grace Min. And in today's final, Vickery took out 4th seed Victoria Duval 6-2, 6-3. Duval had beaten top seed Shelby Rogers in the second round.

Vickery is ranked number 195 in the world. She won the USTA National Junior Championships this year and received a wild card to the U.S. Open, in which she made it to the second round.

Vickery is eighteen years old. She was born in Hollywood, Florida.
Posted by Diane at 1:29 PM No comments:

Billie Jean King has been named a U.S. delegate to the Winter Olympics in Sochi. Her appointment, of course, comes in light of Russia's announcement that anything gay will not be tolerated during the Games.

Elena Vesnina has withdrawn from the 2014 ASB Classic in Auckland. The Russian player has sustained an ankle injury. Her withdrawal moves Julia Goerges into the main draw. Roberta Vinci will be the top seed at the event.

Bad Hopman Cup news for Agnieszka Radwanska: Her teammate, Jerzy Janowicz, has withdrawn because of a foot injury. Janowicz is one of the most promising your players on the ATP tour. Replacing him will be Grzegorz Panfil.

Li Na does a fashion spread, and it is so worth looking at.

L’Equipe has named Serena Williams the female Champion of Champions for 2013. The French Women Champion of the year award went to Marion Bartoli.

Hopman Cup to begin on December 30

The Hyundai Hopman Cup begins in Perth on December 28 and will conclude on January 4. Here are the teams for 2014:

The event will begin with Poland playing Italy. Spain is the defending champion.
Posted by Diane at 10:15 AM 2 comments:

World number 12 Sloane Stephens has entered the 2014 Family Circle Cup, which will be held in Charleston March 29-April 6. Defending champion and 2013 runner-up Jelena Jankovic were the first to enter the 2014 event.

Jelena Dokic will be doing some commentary during the Hopman Cup at the end of this month.

Cathie Sabin is the first female president of Britain's Lawn Tennis Association. The organization has been around for 125 years.

'Pova keeps it real about Serena, her shoulder, and Mother Russia.
Posted by Diane at 9:51 PM No comments: 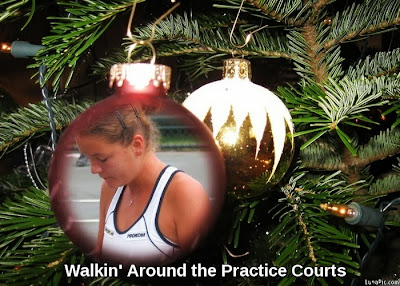 You may get a wicked kind of feeling when you hear
Voices sounding a bit too jolly:
"Aga missed a backhand volley!" 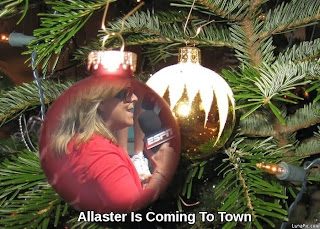 She hears you when you're screaming
She knows that it's all fake
She knows if you've been loud or quiet
So shut up for goodness sake!

Angelique Kerber has hired Benjamin Ebrahimzadeh as her new coach. Kerber had worked with Torben Beltz for over two years.

Heather Watson has also hired a new coach. The British player has retained Diego Veronelli to coach her.

Check out Francesca and Flavia (thanks to WTA Backspin for the link)!

Finally, some very sad news. Women Who Serve offers condolences to Nadia Petrova, whose mother, Nadezhda Ilyina, has died at the age of 64. The 1976 Olympic medalist was killed in an automobile accident.
Posted by Diane at 8:02 PM No comments:

"Bring me discipline," said Paul
"Bring me dedication
Show me you can do it all
And no mental vacation
I want you to be tough," he said
"And not be such a quitter"
She quickly did an interview
Then un-followed him on Twitter

Captain Mary Joe Fernandez, speaking today at a USTA press conference call, said that--as of now--all the top U.S. players have made themselves available for the upcoming Fed Cup tie against defending champion Italy. The World Group competition will be held February 8 and 9 in Cleveland, Fernandez's residence, for the first time in Fed Cup history.

Commenting on Sloane Stephens, Fernandez said: "I think Sloane still gets a little bit confused about how she should play, constructing her points. I think she relies on her speed and doesn't play as aggressively as she could....I think now she's more aware of, when she wins, she she wins. I think that's something we'll see more of in 2014, more consistency."

Fernandez added that Stephens was "at the top" of the list of potential Fed Cup doubles team members, but also stressed that chemistry is an important factor in putting together a doubles team. She mentioned both Jamie Hampton and Taylor Townsend as having very good doubles skills.

The USA captain said that when she began her duties, the USA had only three players in the top 100, but now there are eleven.
Posted by Diane at 5:12 PM 4 comments:

Every Monday until Christmas, Women Who Serve is giving you a famous holiday song with some new, WTA lyrics. Apologies to all original writers, and to readers--enjoy!


O little land of Serbia
How still we see you lie
But above your deep and dreamless sleep
A sound pervades the sky
Then from a helicopter
Her concrete hair intact
JJ descends to greet her friends
She waves "Hello I'm back!"

A twinkle always in her eye
And glitter in her hair
Queen Chaos twists and does the splits
And argues with the Chair
Now she's back among the top 10
Glad tidings--spread the news
The smiling Serb is standing tall
in her five-inch Jimmy Choos
Posted by Diane at 7:58 AM 4 comments: