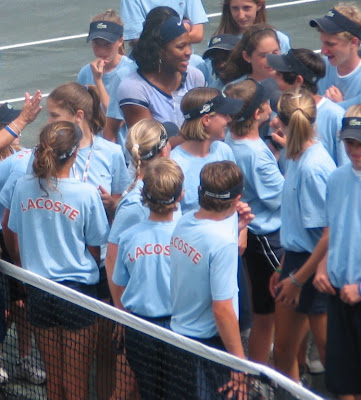 "Charleston is such a beautiful city, and I love the atmosphere at this event, so I’m very happy to return to the Family Circle Cup," Williams said upon announcing her entry. "I have so many wonderful memories there, both on and off the court."

The Family Circle Cup, which has a very rich history, is one of two clay court events played in the U.S.
Posted by Diane at 3:42 PM