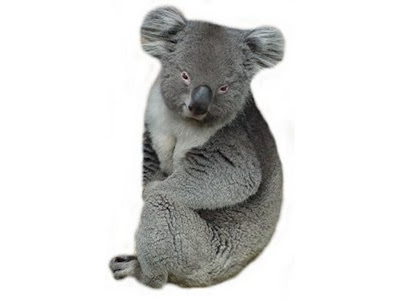 After the non-stop drama of the 2009 U.S. Open, this Australian Open seemed somewhat subdued to me, but it was very enjoyable. Here are my top 10 occurrences, in ascending order:

10. Why is this trophy so small? For the second year in a row, Laura Robson wound up a finalist in junior competition. Though she had moments of great play against Karolina Pliskova, she made a mess of her serve and was not able to compete when it counted. The exhausted Pliskova, who said she didn't think she could have won a third round, got the job done in a second set tiebreak.

9. Felicitazioni! Five Italians reached the third round of this year's Australian Open. That's impressive, but not really so surprising when you think about the competitive spirit of the Italians.

8. Could we get a cart, please? The Williams sisters collected yet another major doubles trophy--their eleventh--and defended their Australian Open title against Cara Black and Liezel Huber. Black and Huber did much better against the sisters this time, but "much better" just wasn't enough.

7. Were these Sharapova's doctors, by any chance? 2009 finalist Dinara Safina looked very good in her early rounds--so good, she was again a contender. She's been out for a while with a back injury, which, her doctors told her, was gone except for some bone edema. She was told by her doctors that the bone edema would gradually fade away, and--indeed--it was already doing so. But in her round of 16 match against Maria Kirilenko, Safina's back suddenly went out on her, putting her in so much pain, she could not move. She was unable to sit or lie down, and her luggage had to be packed for her so that she could return to Germany and get a medical consult. This is a really distressing matter, not only for Safina, but for fans, and for the tour.

6. Talk about having a bad day...Nuria Llagostera Vives and Maria Jose Martinez Sanchez, winners of the 2009 Sony Ericsson Championships (in which they defeated both the Williams sisters and Black and Huber) went to pieces in the third round against Maria Kirilenko and Agnieszka Radwanska. Llagostera Vives couldn't find her serve, and Martinez Sanchez couldn't find the court. The 3rd seeds were defeated 6-1, 6-2. Ouch.

5. Talk about having a really bad day...U.S. Open Champion Kim Clijsters got blasted off the court by Nadia Petrova in the third round. Petrova, when she is on, can beat anyone; Clijsters, who was not on, was decisively put out, 6-0, 6-1.

4. How do you solve a problem like Maria? Maria Sharapova didn't have the answer, and was taken out in the first round by countrywoman Maria Kirilenko. It wasn't much of a comeback for the former world number 1; that Maria problem will have to be solved, too.

3. Allez! Justine Henin, working with a wild card, had to face a very tough Elena Dementieva in the second round, and got past her, 7-5, 7-6. She then went all the way to the final, playing her new attacking game. She didn't win the Open, but it's clear that Henin is back in a big way.

2. Red and yellow everywhere! Chinese flags were flown like never before at a tennis tournament when both Li Na and Zheng Jie made it all the way to the semifinals. Li put on quite a show, and gave eventual champion Serena Williams an especially tough match, which went to two tiebreaks.

1. Just call her Aussie Serena...Serena Williams won her fifth Australian Open singles title, giving her the most Australian wins in the Open Era. She may have been strapped, bandaged and achy, but little things like that don't stop the world number 1 from picking up another big trophy.
Posted by Diane at 6:03 PM

Email Marketing
very handy, thanx a lot for this blog ....... This is what I was looking for.