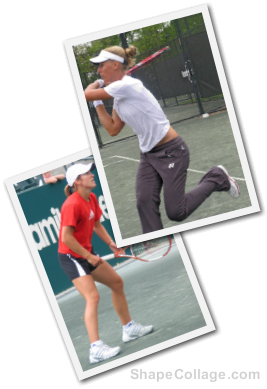 Henin and Dementieva have met eleven times, and Henin has won nine of those matches. The 2010 Australian Open courts are playing rather slow, which does not give either player an advantage, since both play well on slower surfaces. The two have not played each other since 2007, however, and things are somewhat different now, in that Henin is just coming back from a non-retirement, and Dementieva now struggles less with her serve.
Posted by Diane at 12:02 PM