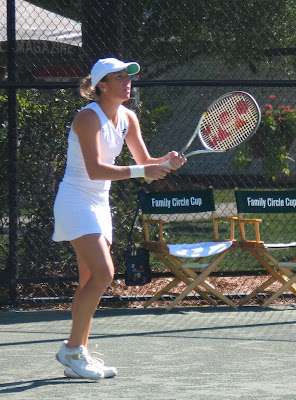 Kristina Brandi of Puerto Rico, who was once ranked as high as number 27 in the world, has announced her retirement. Brandi was a three-time member of the Puerto Rico Fed Cup team, and a member of the 2004 Olympic team. She has recently been featured in an ad for Rums of Puerto Rico.
Posted by Diane at 10:30 AM