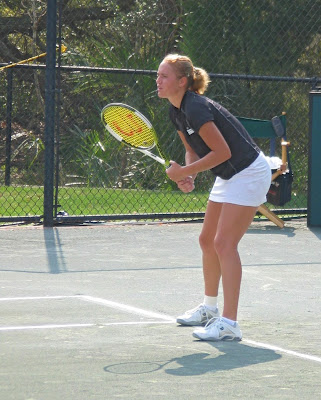 Kateryna Bondarenko and her sister Alona have won the Australian Open

It took them a while to settle down, and it took them a while to close, but Alona and Kateryna Bondarenko nevertheless managed to outmaneuver Victoria Azarenka and Shahar Peer to win the Australian Open. Both teams had their ups and downs, but it was Kateryna's splendid serving and groundstrokes and Alona's clever net play that helped make a difference.

Azarenka and Peer were seeded number 12 in the tournament; the Bondarenkos were unseeded. The sometimes cranky Ukrainian sisters had never before made it past the second round of a Grand Slam tournament, and indeed, had never before won any of the thirty-eight previous tournaments they had entered.

Go Girls! Viva Ukraine!
You ar our pride and future!!!

Your blog keeps getting better and better! Your older articles are not as good as newer ones you have a lot more creativity and originality now keep it up!