Too much grass can mess you up 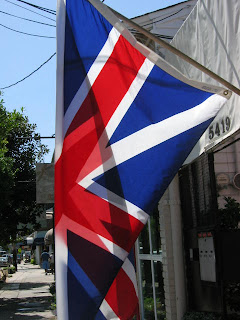 That seems to be what the powers in the WTA and ATP believe, for "grass season" is almost a joke, it's so short. And even though the grass at Wimbledon doesn't play nearly as fast as it used to, it's still grass, and players are just getting off of the slowest surface of all, red clay, right before they compete at the All England Club.

A few players--Serena Williams, Maria Sharapova, Petra Kvitova--can play very well on all surfaces without having too much preparation, but even they need a productive transition from clay to grass. Even as a fan, I'm always a bit disoriented by the sudden appearance of  play at Wimbledon, so soon after the completion of the French Open. Of course, my great affinity for the French Open probably has something to do with this, but I also think that the "transition" just happens really quickly.

Nevertheless, we have arrived at the weekend before the beginning of the only major played on grass. Wimbledon doesn't thrill me the way it thrills some, though last year, I found myself extremely thrilled by Petra Kvitova's championship run.

And that gives me a good, if not happy, starting place for previewing the tournament. Defending champion Kvitova, who ruled the tour last year, has quite obviously misplaced her crown. Kvitova, even in her greatest moments, can be a bit edgy on court, but in 2012, we've seen a kind of all-out-head-case version of the Czech star. The Rock has crumbled. Still, grass is Kvitova's second-best surface, so there's still hope that when she steps onto it, her remarkable game will find her.

But I'm ahead of myself, since that's the third quarter. The first quarter is where world number 1 and 2004 champion Maria Sharapova resides, and--on paper--she's on a collision course with Angelique Kerber. If the Bulgarian's back injury doesn't prove to be her downfall, Tsvetana Pironkova should play Sharapova in the second round. If Pironkova is healthy (unknown at this time), that should be a match of interest, since Wimbledon is the tournament where the easy-going Pironkova likes to show off her tennis. Last year, she made it to the semifinals, then lost to eventual champion Kvitova.

Petra Cetkovska lurks in that quarter, as does Vera Zvonareva, who was a finalist in 2010. 2011 semifinalist Sabine Lisicki and Christina McHale are in that quarter, too, and--as if the layout weren't already strange enough--so are Kim Clijsters and Jelena Jankovic. In fact, Clijsters and Jankovic play each other in the first round: Dangerous Floater meets Dangerous Creator of Cosmic Chaos.

For all practical purposes, it's Sharapova who has the draw from hell, so we should all keep an eye on that quarter.

The second quarter is anchored by Agnieszka Radwanska (who went out to Cetkovska in the second round last year) and Samantha Stosur, either of whom could make a great run or crash out early. In the case of Stosur, crashing out early is even more expected. Radwanska should get Venus Williams, whom she took out of the French Open, in the second round. Williams is much more at home on grass than clay, however. There is some thought that a deep run at Wimbledon might create just enough stress for the five-time champion to kick in the worst of her illness, given that it's an autoimmune disease. This is, unfortunately, a fair assessment

Nadia Petrova and Li Na are in that quarter, as is Melanie Oudin, who made it to the round of 16 a few years ago, and who recently won in Birmingham. Petrova and Oudin will most likely meet in the second round, so one of them will be making too quick of an exit from the tournament. Flavia Pennetta and Maria Kirilenko are in that quarter, too, and either of them is capable of stirring things up a bit.

In the last quarter are Caroline Wozniacki and world number 2 Victoria Azarenka. Wozniacki's first job will be to get rid of that pesky Tamira Paszek. The Austrian player is having some ankle issues, so Wozniacki may be able to take advantage of that. Svetlana Kuznetsova, Roberta Vinci and Ana Ivanovic are in that section of the draw, too, and on a good day, any of them could do damage. And then there's 2007 finalist Marion Bartoli, who tends to find her mojo when she's standing on grass.

If Wozniacki gets past the Eastbourne champion, she'll probably have to face Kuznetsova in the third round, and that could be the end of her Wimbledon run.

Azarenka, I should add, is 8-3 against Bartoli, but they are 1-1 on grass, having each beaten the other in Eastbourne.

Who, realistically, can win Wimbledon this year? Not many, in my opinion. Former champions Maria Sharapova and Serena Williams make the best cases. Sharapova just completed her career slam, and comes in on a cloud of confidence. Williams needs to make a very big comeback statement (not that her other comeback statements have been small), and the place she's the most likely to do it is on Centre Court at Wimbledon. This is the woman who hit 89 aces to win the championship in 2010, and who gave us all a little Sinatra "Fly Me To the Moon" dance after she put the trophy down.

Each woman makes a strong case, yes, but each is vulnerable, to serving problems, wind, tricksters, the luck of the draw.

What about the defending champion? Kvitova's performance last year was brilliant. This year, she has hit a wall every time she's gone for a title. Kvitova certainly can defend her Wimbledon title; her grass game is superb. But something will have to happen in the mental department for that to occur. (Petra, please don't forget to eat a pineapple again every night of the tournament.)

Someone from Balarus may not like all this talk about Maria and Serena and Petra. Australian Open champion Victoria Azarenka made a mess of things at Roland Garros, but she just had her braid cut off (this has to be symbolic)--nice haircut, too--and may be almost itching to get going at the season's third major. Azarenka has had a taste of dominance, and it suited her. She can't be counted out.

Finally, permanent "dark horse" Marion Bartoli is the only other player I can even remotely imagine (sorry, players from Poland and Australia) crashing one of tennis's biggest parties. She came close in 2007, but that was a long time ago, and the Frenchwoman isn't having that great a season. She perked up in Eastburne, though, and looked more like the grass-loving Bartoli of old. It will help if she doesn't have to engage in any epic three-hour, nausea-inducing, parent-spanking matches.

So away we go. I know, there's the dreary talk about what I understand are mediocre strawberries, the boasting about mythical greatness, plenty of rain, and the assault to the ears (if you live in the USA) that is Hannah Storm. But there should also be some thrilling tennis.
Posted by Diane at 2:58 PM

Close. Petra ate pineapple, rice and milk pudding last year during the tournament...and nothing else. It's a miracle that she did not arrive at the final without energy.

I have read on a couple of blogs-http://tennis.si.com/2012/06/21/daily-bagel-wimbledon-grass/-The latter is SI's Beyond the Baseline-that the Wimbledon grass isn't slower but they have made the ground harder (?) which makes the bounce higher over time and that is why they get rallies. This is from the groundskeeper.
Now even though I like Roland Garros, if Wimby is grass then I want it different. I want it to favor servers, I want it to bounce low. But I have always wondered if they have gradually made a higher bounce at Wimby to get the clay-courters there. Early in this century and end of last, I remember some clay-courters skipping or wanting to skip Wimbledon. I could be all wrong but I like the majors being different. And although this is a women's tennis blog I want to say that I don't like ball-bashing rallies all the time which I see from the men. I don't like it on clay and I didn't like the 6hr AO men's this year which to me wasn't pretty tennis. The "clay" women seem to be able to be tricky and crafty on the clay and their play and rallies are more interesting. I don't always like ball-bashing rallies on either tour all the time. If one is going to strike the ball then get a good winner in not just bashing back and forth. I may have lost my thread. A little ill today.

Well, last year, the groundskeeper said that the change in grass seeds, as well as global warming, accounts for the slowness. Can't keep his story straight? Too much grass will....