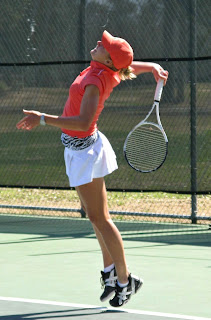 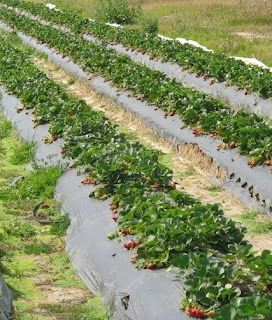 Hammond, Louisiana--where the local strawberries are some of the best in the world, and the ball tosses are never funky.

I spent the last four days in Hammond, attending the Tangipahoa/Loeb Law Firm $25k Tennis Classic, and not once did I see a truly errant ball toss. Only twice did I see players re-toss the ball. Granted, I wasn't there for the qualifying rounds or the first round, but I saw several players, and they all served competently. A few--like Jamie Hampton (up until the final, anyway) served extremely well.


I had never attended a challenger tournament, and didn't really know what to expect. I was eager to see Heather Watson and Zhang Shuai, but I was also happy to watch any of the matches. After I had been there a couple of days, I was struck by the fact that serving the ball was not a big deal the way it is on the WTA tour. There were double faults, of course, but not really that many.
Posted by Diane at 5:41 PM