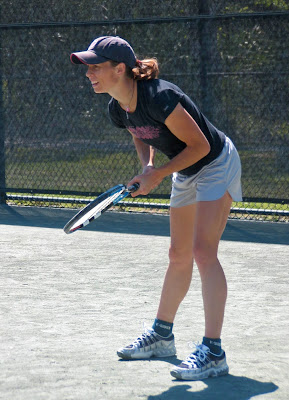 5th-seeded Cara Black and Leander Paes, playing together for the first time, have won the U.S. Open mixed doubles championship. Black--a stand-out in the match--had to play against her long-time doubles partner, Liezel Huber, to gain the victory. She and Paes defeated Huber and Jamie Murray, 7-6, 6-4.

This is Black's third mixed doubles Grand Slam title. She won the other two with her brother, Wayne Black.
Posted by Diane at 2:06 PM