Who has seen the wind? 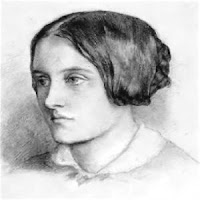 Neither I nor you.
But when the leaves hang trembling,
The wind is passing through.

Who has seen the wind?
Neither you nor I.
But when the trees bow down their heads,
The wind is passing by.

If Christina Rossetti were here to watch the U.S. Open, she might add a verse or two:


Who has seen the wind?
Not you, not I, not any.
But if you hit flat balls on Ashe,
The wind will take out many.

Who has seen the wind?
Not you nor I nor they.
But if you're not careful with your toss,
The wind goes Vera's way.

There were definitely three opponents in today's U.S. Open semifinal match featuring 7th seed Vera Zvonareva and 31st seed Kaia Kanepi. The wind gave both players so much trouble, and tennis balls were flying. Zvonareva was even knocked in the head by a stray toss from a ballboy. The Tall One from Tallin became discouraged now and then, but she fought on. In the end, though, after eleven breaks of serve, it was Zvonareva-- playing very carefully and serving as well as she could in windy conditions--who took the 6-3, 7-5 victory. The 7th seed hit only ten winners, but she made less than half the unforced errors her opponent made.

Advancing to the U.S. Open semifinals is the best day-late birthday gift Zvonareva could ask for. She turned 26 yesterday. Zvonareva reached the final at Wimbledon, and will try to repeat that feat when she plays the winner of tonight's match between Carolina Wozniacki and Dominika Cibulkova.
Posted by Diane at 2:36 PM