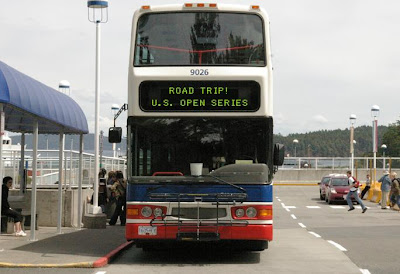 Today is the first day of the fifth anniversary of the U.S. Open Series, promoted as the "Greatest Road Trip in Sports." The series is a bit different this year for the Sony Ericsson WTA Tour, however, because of the demise of the Acura Classic in San Diego. Now that that tournament does not exist, the only Tier I event in the series is the Rogers Cup, which will be played this year in Montreal. (There has, by the way, been talk of reviving the Acura Classic, but so far, it is only talk.)

Here is a video preview of this year's U.S. Open Series for the Sony Ericsson WTA Tour players.
Posted by Diane at 9:33 AM