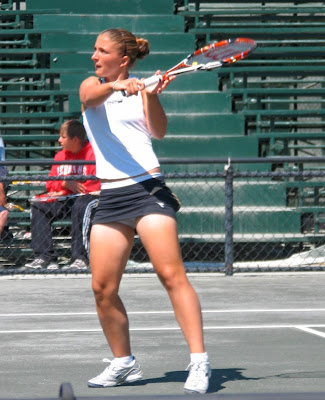 The 8th seeded Errani, who is ranked number 56 in the world, won the Palermo title earlier this month, defeating Mariya Koryttseva in the final.
Posted by Diane at 1:58 PM