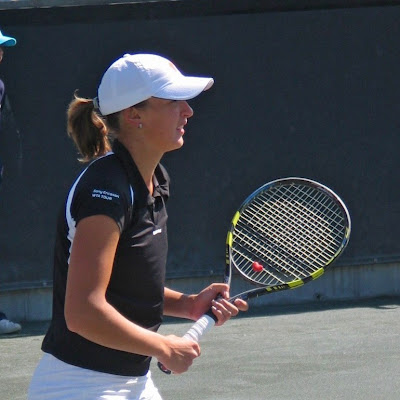 Yaroslava Shvedova has been named the 2008 World Team Tennis female Rookie of the Year. Shvedova plays for the New York Buzz, who won the 2008 season championship over the weekend. Shvedova, who is ranked number 132 in the world in singles and number 55 in doubles, won the Canara Bank Bangalore Open in 2007.
Posted by Diane at 9:23 PM