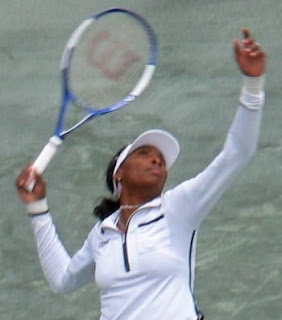 Having lost to Flavia Pennetta in their last three matches, Venus Williams turned it around today, and defeated Pennetta, 7-6, 6-2. Williams won the tournament--which is being discontinued--during its 25th anniversary. There is talk of reviving the Zurich tournament at some point, but for now, it is finished.