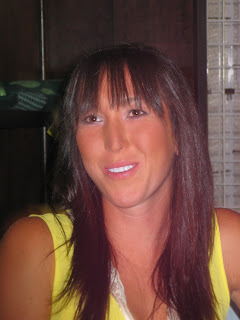 It was only fitting that Jelena Jankovic--of the wounded toe, quick bon mot, charming mother, and wound-up coach--would leave Stuttgart in a shiny red Porsche Carrera 911 at the close of the Porsche Tennis Grand Prix today. Jankovic chose the car over the prize money, saying it matched her red shoes, and cruised it straight to the number 1 spot in the world.

Jankovic defeated Nadia Petrova, 6-4, 6-3, in what should have been a three-set match. Petrova has been showing her 2006 form lately, and look poised to give Jankovic a serious run for the title. Some thought that Jankovic--who won the Beijing title last week--would have nothing left to give in the final. But instead, she made it look easy.

Petrova--for her part--put on a serving clinic, delivering some of the best serving we have seen in recent times. But that wasn't enough to stop Jankovic from doing what she does best: running down every ball, turning defensive play into offensive play, and forcing her opponent to take high risks that often lead to errors.

In the second set, Jankovic was up 3-1, and Petrova was serving at 0-40, then Petrova won five straight points and saved the game. I thought that was going to be a turning point, and I continued to think there would be a turn when Petrova broke back. But she would not win another game, as Jankovic continued to pressure her, and errors continued to come off of her racquet. And as great as Petrova's first serves were, her second serves were quickly dominated by Jankovic.

This is the new Jankovic--improved fitness and a much better serve. Fans call her Drama Queen, opponents call her JJ Express, Todd Spiker calls her Queen Chaos. Whatever you call her, she is to be commended for the work she has done to get herself to yet another level on the tour. May she stay healthy for a long time and continue to provide us with her stunning athleticism, beautiful shot-making, mental toughness, and off-the-wall commentary.
Posted by Diane at 12:30 PM

Jelena is great for the game. I hope she stays healthy too! And wins a slam next year.

Many times I won't stay around to listen to the on-court interviews or watch the post-final ceremonies on the matches that Tennis Channel airs. But, obviously, if you did that after a Jankovic match you'd always miss an appropriate encore to the action.

This weekend was no different.

Her car-to-match-her-shoes remark was priceless, as was her "where's my mom?" and "my dad's hiding" ones in Stuttgart. I don't think anyone on tour has as much fun being in the spotlight as Jankovic. It's contagious, too.

I wish Tennis Channel hadn't left before she started driving the car around on the court. I mean, think of the possibilities. ;)

I know--I wanted to see her drive it, too. It was the best thing since they scared the hell out of 'Pova with that motorcycle, and then she hopped on it and provided what is probably my all-time favorite Maria photo.