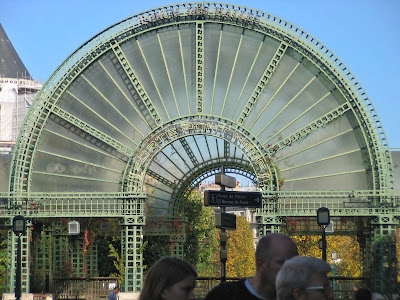 We have been here before, even many though tennis writers behave as though we haven't. Last year, it was very hard to predict who would win the French Open, unless you were one of the individuals who assumed Justine Henin would win it. I wasn't one of those individuals, and I was quite curious as to who would prevail; I was then delighted that it turned out to be Francesca Schiavone.

This year is no different, except that Henin is no longer in the mix. Many of those who "should" win don't exactly look like major contenders, though any of them could come through:

Francesca Schiavone--the 2010 champion has suffered from fatigue this season, and--as wonderful as her game is--she makes a lot of unforced errors and doesn't look as thought she can win seven rounds.

Svetlana Kuznetsova--She won the French Open in 2009, and she probably "should" have won it a few times, but is just not a contender in any tournament right now.

Jelena Jankovic--She "should" have won the tournament, too, but, sadly, her confidence appears to be fading away.

Sam Stosur: Stosur was last year's runner-up, but she just doesn't look like a potential champion this seaosn.

Ana Ivanovic--Ivanovic was the 2008 champion, and that accomplishment seems as though it happened so, so long ago. Ivanovic simply isn't a factor in this year's French Open.

Victoria Azarenka--Azarenka is ripe to win the French Open, but her health is so fragile that it's questionable that she can survive seven rounds without falling to illness or injury.

We are left with:

Kim Clijsters--Clijsters is a two-time finalist whose chances are very good, provided her ankle doesn't betray her. Clijsters recently injured her wrist, shoulder and ankle, but says that her wrist and shoulder are fine, and her ankle will be wrapped in Paris.

Caroline Wozniacki--The world number 1 won on the green clay in Charleston, and she just won her very first red clay event at the new tournament in Brussels. She has yet to win a major, and though her best chance would appear to involve a hard court, she has to be viewed as a contender.

The winners of the big clay tournaments last year were Stosur (Charleston),  Henin (Stuttgart), Aravane Rezai (Madrid) and Maria Jose Martinez Sanchez (Rome). Henin and Stosur were factors at the French Open, with Stosur going on a memorable run before losing to Schiavone. This year's winners, respectively, were Wozniacki, Julia Goerges, Petra Kvitova and Sharapova. Wozniacki also won the first-ever event in Brussels.

Goerges has a tough draw. She will probably meet Lucie Safarova in the second round, and Safarova is as dangerous a clay court floater as they come. If Goerges gets past Safarova, she could upset 11th seed Marion Bartoli, but then she has to deal with Stosur.

Kvitova is one of the most unpredictable players on the tour. Clay should be her worst surface, yet she won in Madrid. She has a tough first round against Greta Arn, then--if she wins that--she should be okay until she gets to the third round and has to deal with 2009 semifinalist Dominika Cibulkova. Should she make it past Cibulkova, it's likely that either Li Na or Elena Vesnina awaits her. And should she continue to win, she will probably have to deal with Azarenka.

At the French Open, Wozniacki is on course to meet Stosur in her quarter. Dangerous floaters Martinez Sanchez, Safarova, and Gisela Dulko are in that quarter, too, as well as the aforementioned Goerges.

The French Open is my favorite major, partly because it's so unpredictable, but mostly because I like to watch clay court experts manage the surface. It doesn't hurt that the event is played in Paris.
Posted by Diane at 11:57 AM

Can't believe the FO is already with us, starting tomorrow. The weather forecast (for the first week at least) is very promising. Benesova v Stosur kick off proceedings on Chatrier. Jankovic, Kuznetsova, Peer and Pennetta all face potentially tricky 1st round opposition.

Roland Garros is usually good fun. Looking forward to some thrills, spills, shocks and the odd bombshell or two over the next fornight.

I think Peer could be in some real trouble in the first round. I hate to see either of those players make a fast exit.

My favorite, too. Thanks for the survey - distinctly odd to have Maria as a favorite, but makes sense in this field.