Which way to victory in Paris? 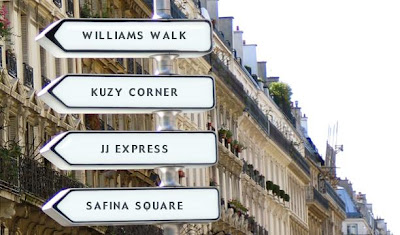 The French Open begins Sunday, and for the first time in years, "Can anyone beat Henin?" is not the main question. The question now is simply "Who will win at Roland Garros?" Here is a look at some of the players:

Serena Williams: Williams is on many lists as the top contender this year. She has won the French Open before (2002), she recently won on green clay in Charleston, she is fit, and her confidence is high. Williams is good on all surfaces, and is probably the only non-slider in history who can win at Roland Garros.

Jelena Jankovic: Jankovic (called JJ Express by the players because she does everything so fast) has it all--extraordinary athleticism, good court sense, good clay skills, and the best defensive game on the tour. Until recently, the one thing she didn't have was a serve. That situation has changed, however. You still won't see Jankovic serving like Serena Williams, and the second serve is probably still shaky (I haven't seen it much lately), but the first serve has definitely improved. Enough for her to win? I think so.

Ana Ivanovic: Ivanovic was the finalist at last year's French Open, and she froze during the final, practically handing the victory to Justine Henin. That was a learning experience for the Serbian woman with the huge forehand, and I doubt it will ever happen again. Ivanovic can be streaky, though, and her inconsistency could be a problem.

Svetlana Kuznetsova: Why hasn't Kuznetsova, one of the best clay court players around, won the French Open? I believe it's a mental thing. Kuznetsova has the serve, the movement, the speed, the finesse. Will this be the year she puts it all together?

Elena Dementieva: On the one hand, it appears that Dementieva's service problems will prevent her from ever winning a major. On the other, she has already been a finalist at the French Open (2004), and her service problems are not as bad these days as they used to be. Dementieva is a huge talent. She has superb movement and anticipation, and is mentally very tough. And she likes to play on clay.

Dinara Safina: I never thought I'd be putting Safina on this list, but after her performance in Berlin a couple of weeks ago, I have to. Safina, who has always been good on clay, plowed through Williams, Henin and Dementieva to take the German title, and she did it with superb serving (first and second), beautiful groundstrokes, great net play, and a very cool head. If Safina plays in Paris the way she played in Berlin, she is clearly a contender.

Maria Sharapova: There are several people who believe Sharapova can win the French Open. I am not one of them; however, I think she will play well and may get far into the draw, as she did last year. The hard-working Russian has certainly improved her clay game, but she is still awkward on the surface, compared with some other top players.

Amelie Mauresmo: The mighty Frenchwoman has never lived up to her potential in Paris--too much pressure. Now there are no expectations of her all, but that probably won't help. Mauresmo missed most of last year because of illness, surgery, and surgery-related injury. This year, she has suffered with injury, illness and--understandably--lack of confidence. Mauresmo is just not herself. Nevertheless, there is no more beautiful game in women's tennis, and--despite her protests that she is a grass player--Mauresmo is very, very good on clay.

Vera Zvonareva--Zvonareva's comeback has been slow, steady, and complicated by injuries. This year, however--despite being hampered by more injuries--she has been most impressive on clay, winning in Prague, and getting to the final in Charleston. (She has also performed quite well on other surfaces in 2008.) No one is going to want to see her on the other side of the net in Paris, and of all the players to watch, she is the one I think is most likely to perform a major upset.

Patty Schnyder: When her serve is on, Schnyder is brilliant on clay. When her serve is not working for her, she is nevertheless highly entertaining. Unfortunately, she tends to consistently get into Tier I and II finals and not win them, which is beyond frustrating for her fans. Schnyder reached the round of 16 at Roland Garros for the past three years, losing to Mary Pierce, Venus Williams (whom she has never beaten) and Maria Sharapova, in a match that ended in a sudden-death thriller, and just about put my hair on end.

Alize Cornet: The young Frenchwoman is pretty hot stuff on clay. She got to the semifinals this year in Amelia Island and Charleston, and played in last week's Rome final, losing to Jankovic. By the time Cornet reached that final in Rome, she had played three qualifying rounds and five main draw rounds, and she was exhausted. Growing physically and extending her training will eventually take care of that problem, but--in the meantime--Cornet is still a tough opponent and a lot of fun to watch.

Dominka Cibulkova: I first noticed Cibulkova last year in Charleston. She has fine clay court skills, and made it to the Amelia Island final this year (beating Cornet in the semifinals), but sustained an injury during that match, which Sharapova won.

Francesca Schiavone: No discussion of clay court tennis is complete without mentioning the tenacious Italian with the lovely, one-handed backhand. Schiavone can fight like nobody's business, and--most of the time--makes her opponent work very hard for every point.

Venus Williams: It may not be her best surface, but Williams is no slouch on clay. She was a finalist in 2002, and is always a worthy opponent.


Other clay court players who are worth watching include Flavia Pennetta, Agnes Szavay, Anabel Medina Garrigues, Gisela Dulko, and the once-great Nadia Petrova.
Posted by Diane at 7:34 PM

some one on wtaworld posted that momo actually have better win-loss record on clay than Henin, :O but unfortunatly half of her losses are at RG :( she's a great player at all other clay tournies.

btw just realised this year's RG is very special to Amelie, it's the 25th anniversary of Yannick's win that inspired her to take up tennis. will the headline at the end of the two weeks read some thing like this?

Just so you know, Venus did reach the RG finals in 2002, losing to none other than Serena.

Of course she did--error on my part, and I have no idea how that slipped in. Thanks for catching it--I'll fix it.