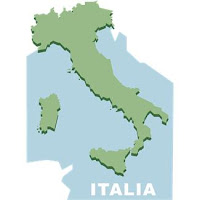 And it must feel like one to Fed Cup opponents. The Fed Cup defending champions traveled halfway around the world to "give the boot" to Australia in this season's World Group quarterfinals. Despite being up a set, a break, and two break points, Francesca Schiavone lost to Jarmila Groth on the first day of play, but that turned out to be Australia's only victory. At the end of day 1, after Flavia Pennetta defeated Sam Stosur, the two countries were tied 1-1. On the second day, Schiavone defeated Stosur 7-6 (1), 3-6, 7-5 in a very tight match in which Stosur saved four match points. Pennetta then defeated Groth, which put Italy into the semifinals.

The doubles rubber was played, and even though it had no meaning in terms of points, it had other significance. For one thing, it was the last professional match of Rennae Stubbs, whose partner was Anastasia Rodionova. Also, the doubles rubber put Roberta Vinci's perfect Fed Cup doubles record on the line. She and partner Sara Errani won the championship in Hobart earlier this year, so there was certainly a comfort level there with the court and the surroundings. Team Australia went up a set and break, but the Italians were a1ble to claim the victory with a 2-6, 7-6 (1), 6-4 score.