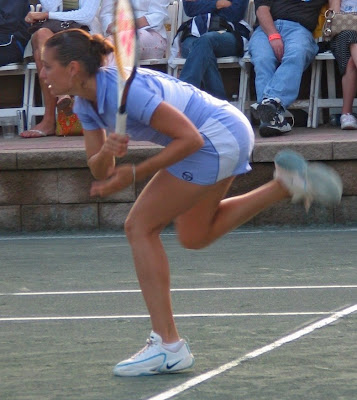 "She played well, and I think that was the main problem." Such was the succinct summation given by Venus Williams on her loss to Flavia Pennetta in the third round of the French Open today.

"If I played fast like she does I wouldn't get anywhere, so I tried mixing it up more, not hitting the same thing twice," Pennetta said. That was a good clay strategy against Williams, and it worked. The two played right into the beginning of darkness, and the result was that Venus, like her sister, left Roland Garros after the third round.
Posted by Diane at 7:55 PM