Serena Williams hasn't won the Australian Open since 2010. She was absent the next year, and in 2012 and 2013, she was defeated in the round of 16 and the quarterfinals, respectively. Williams, going for her 18th major singles title (and can sports writers please stop "comparing" this number to the titles of Evert and Navratilova--the "comparison" has no meaning), is generally considered the player most likely to lift the trophy.

But there are others who would challenge that assumption. Two-time defending champion Victoria Azarenka, for example. Azarenka, having won the title in both 2012 and 2013, has momentum on her side. Australia is the place where she has been called upon to show her very toughest nature, and she has answered that challenge with considerable guts and heart.

Then there's Li Na, who was the runner-up in both 2011 and 2013. An argument can be made, in fact, that had the Chinese star not sustained two injuries (it's still hard to believe) in the course of the bizarre 2013 final, she would have taken Azarenka's title away. We'll never know. What we can safely assume, though, is that Li wants that trophy really, really badly.

Li's fortunes have changed a bit in the past several days, in that she has gone from the number 3 ranking to the number 4 ranking, which means that she has landed in the Serena half of the draw. But in the end, a draw is a draw, and Li needs to create her own good fortune.

Can anyone else (realistically) win the Australian Open? Though I would hardly consider her a favorite at this point, I'm going to throw Maria Sharapova into the mix, simply because I believe in her ability to turn her career around at a given moment. It feels wrong to count her out. It feels wrong to count Petra Kvitova out, too, but if the 2011 Wimbledon champion has taught us anything, it's to lower our expectations. Still, Kvitova does have what it takes to win, and if she's ever going to harness it and use it again, it might as well be in Melbourne. 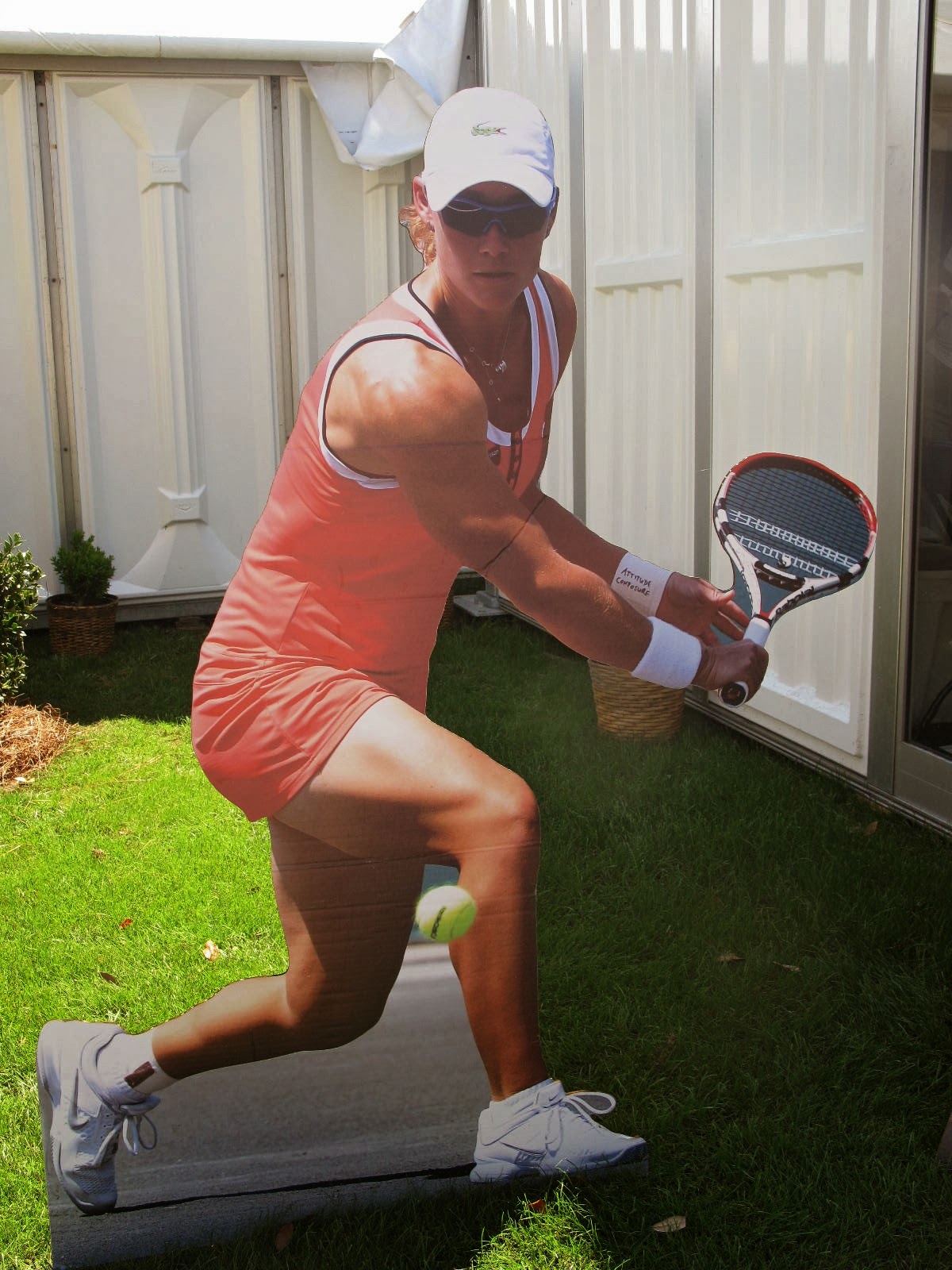 Todd Spiker has a good breakdown of the draw on WTA Backspin. One of the Backspin categories for every major draw quarter analysis is "the poor soul." I'm going to riff on that (thanks, Todd) and declare Sam Stosur "the poor soul" of the entire tournament. Stosur just can't handle the pressure of playing in Australia. During her Hobart semifinal match, a commentator noted the large of image of the Australian star on the wall of the court, and wondered what it might be like for Stosur to look up and see it. I can tell you what it was like--a little slice of hell. (It reminded me of what Amelie Mauresmo used to go through when she would arrive at Roland Garros and see a cardboard cutout of herself on the grounds.)

It should be noted that Jelena Jankovic and Simona Halep are destined to meet in the round of 16, if all goes according to plan. That would be a match worth watching (blogger curse, I know) at any price, except for the part about absolutely hating to see either of them lose. Halep hasn't made a very good start to the season, but she tends to get over these mishaps quickly these days.

Is there anyone who can give Williams trouble early on? Daniela Hantuchova is lurking, and while Hantuchova just isn't the player she used to be, she does have a particular fondness for bringing her good game to Melbourne. Stosur is close by, too, but certainly doesn't appear to be a threat. Tsvetana Pironkova might consider it a fun challenge to go after a different Williams sister at a major event, but not only is she no Serena--she's got to be feeling a bit tired after playing eight straight matches in Sydney. Madison Keys, Eugenie Bouchard and Laura Robson could be waiting for Williams, but Robson recently sustained a wrist injury (again), so she very likely won't be that competitive. Keys and Bouchard? I guess it could happen, but it's hard to imagine.

Azarenka's quarter is more interesting. Agnieszka Radwanska and Sloane Stephens are both there, and of course, with regard to a possible Azarenka vs. Stephens match--oh, the drama! Svetlana Kuznetsova is in that quarter, too, and while she tends to be ignored these days, she does know a thing or two about playing at the Australian Open.

Petra handles her asthma better now. Beginning late last year, her lapses have been far fewer and of much shorter duration when they have occurred. This week, she lost to Tsvetana. But it was a good match despite the humidity, heat and asthma. Power hitters have always been vulnerable when facing heavily mixed pace, spin, and direction. Pironkova gave all of that to Petra. Pironkova's serve is better than most realize. She can bend it and she can blast it. Better form than most on the serve...

Pironkova's serve is stellar, when it's "on"--one of the best. And yes, she played very well against Petra, but I thiought Petra was a mess. And I still think it has more to do with the head than it does with asthma, per se.

It has a lot to do with the head, but the lapses are shorter now. She used to go away for whole sets.

Good observation. I hope it's a sign of better things to come.