What has happened to Sybille Bammer? 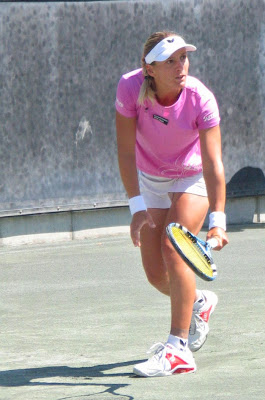 During the last part of the 2007 season, Sybille Bammer raised her game to a higher level, and gave us all a look at what we thought would be a great 2008 season for her. But so far this season, with the exception of her win over Svetlana Kuznetsova in Doha, she has had a bad time of it. Just last week, Anastasia Rodionova defeated Bammer in the second round of the Bangalore Open, and today, Chan Yung-Jan defeated her 6-1, 6-3 in the second round of the Pacific Life Open.

Bammer will now drop out of the top 20, which isn't something I expected to happen.
Posted by Diane at 12:05 AM