The Thrill (Ride) is gone 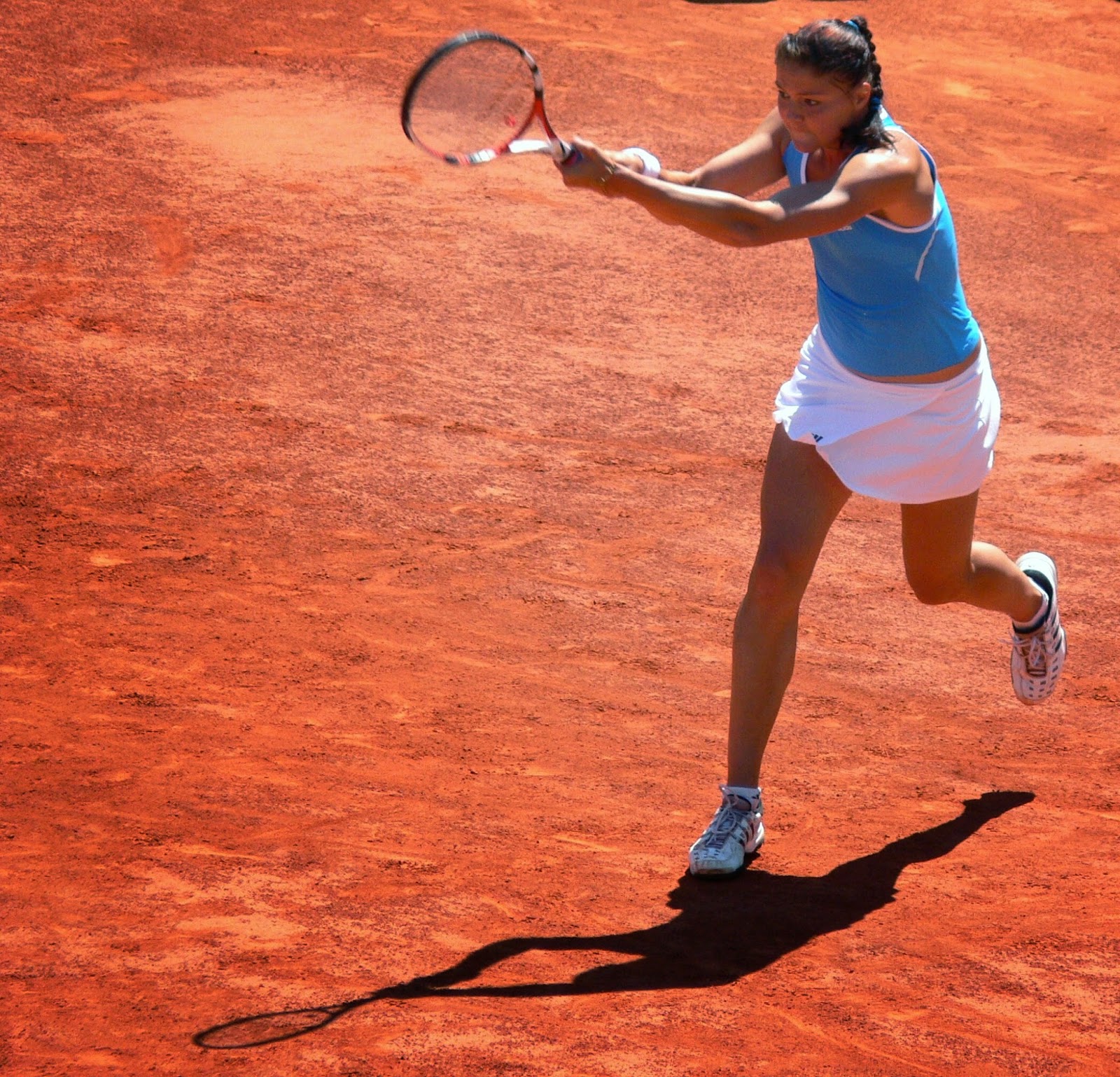 Former world number 1 Dinara Safina, who hasn't played on the tour since 2011, has finally officially retired. Hopeful that her back would heal, the Russia player planned a comeback, but this week in Madrid, she made it clear that the end had come.

The brother of Marat Safin, Dinara shared the Safin family's often dark sense of humor, as well as the tendency to vividly express frustration on the court. The tall Russian was a steady riser in the rankings, and after spending three years in the top 20, in 2008, she broke through in a big way, going all the way to number 3 in the world. She would eventually become the world number 1, a spot she held for 26 consecutive weeks in 2009 (and then held for one more week later that year).

Safina's rise had a lot to do with her considerable clay court skills, as well as an improved serve. She was an excellent doubles player, which helped her quite a bit in singles. Her nickname on this blog has always been Thrill Ride because of her tendency to wait until she was losing the third set (down 2-5 in the third seemed to be her favorite crisis), and then make a dramatic comeback and win the match. During one of these thrillers--which must have caused near heart attacks for those in her box--when she was down and almost out in the third set, commentator Mary Carillo was prompted to say of Dinara's opponent, "Safina has her right where she wants her!"

The Russian's consistent habit of pulling off these difficult comebacks once led New York Times writer Lynn Zinser to report "Safina closed it out and pumped her fist, living to battle herself another day."

For three years, Safina experienced what may have been the worst player-coach relationship in tour history. Zheljko Krajan, a man known for his intense negativity, coached the woman most in need of someone to help her remove her own negative beliefs. "Why am I such a chicken?!" she once yelled to him from the court, and it was a cry for help which was never answered. At big moments, Safina knew how to make dramatic comebacks, but at really big moments, she froze, making it easy for an opponent to simply toss her aside.

Three times (twice at the French Open, and once at the Australian Open), Safina reached the final of a major tournament, only to freeze in fear and be run over by an opponent. I had hopes that someone would come along and help her abolish this particular demon, but then her back--long an issue for her--went out and she was unable to compete, though she tried to over and over.

In 2008, Safina won a silver medal at the Olympic Games in Beijing. She was also a member of the Russian Fed Cup team for several years. She and Marat are the only brother-sister team to ever both hold the number 1 ranking.

I miss Thrill Ride. It's sad that her career had to end before she could figure out the last--and very important--piece of the champion puzzle. One wonders whether, with the right coach or with additional help, she might have conquered her fear and taken home a major trophy. We'll never know. I could go on and on about her, but instead, I'm going to let Dinara do the talking. Here are some of the strange and wonderful things she said at press conferences over the years:

Do you have explanation why you could not stay mentally tough?
"If I would know explanation, then of course I would do it on the court."

"Come to the court and completely like just shadow is playing. Like, you know, Dinara is there, but just not me."

"I telling myself, 'Hit the ball,' and arm just doesn't go because my mind is just stupid."

Would you and Marat play mixed doubles?
"We did at Hopman Cup. That was enough."

"Definitely it hurts. But what can I do? First to find the reason what's going on, what are the mistakes, and then to work on them. Not to go blindly on the court and killing your ass for like five hours. Sometimes it makes no sense."

Do you respond more to a negative approach or a positive?
"We'll skip this answer."

Do you have any advice from your brother inside your head?
"No. Sometimes it's not easy to understand him."

"Every day is a happy day. Why it has to be? Doesn't matter. When you wake up it's already happy."

And on whether she looks at the draw:
"The more you know, the worse you sleep."
Posted by Diane at 9:18 AM

Petra looked like the real Petra against Lucie. She went down 0-4, then turned it on and won twelve of the next fifteen games, clocking winners a la 2011, really blasting it from all sorts of unlikely positions. A few truly spectacular drop shots late in the match, nice volleys and good movement throughout. Nice new kit too. So, lately she has shown signs of awakening. Getting out from under RS appears to be salutary.

Safina added drama and interest to the Tour. Her performance in major finals was disheartening, to say the least, but week in and week out it was fun to see what she would/could/might do.