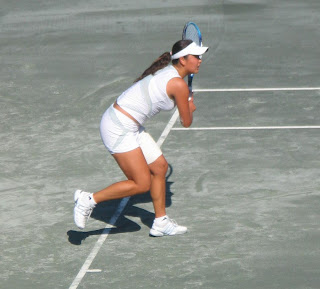 Peng Shuai has won the gold medal in singles at the 2010 Asian Games. Peng defeated Akgul Amanmuradova 7-5, 6-2 in the final. China had already won the team gold medal.

The gold medal winners in doubles are Chan Yung-Jan and Chuang Chia-Jung, who used to be a force on the tour before they began playing with other parnters. Chan and Chuang defeated Chang Kai-Chen and Hsieh Su-Wei 7-5, 6-3, meaning that both gold and silver belong to players from Chinese Taipei.

Chan, with partner Yang Tsung-Hua, also won the gold medal in mixed doubles. Chan and Yang defeated Sania Mirza and Vishnu Vardhan 4-6, 6-1, 10-2. They were the second seeds.
Posted by Diane at 6:33 PM