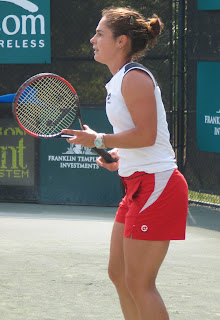 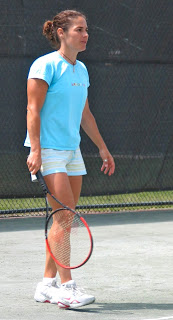 Ruano Pascual played on the Spanish Fed Cup team a total of 14 years, and was on the Spanish Olympic team three times. "Vivi," as she is known to fans and friends, always made playing championship doubles look so easy. She and Suarez were known as much for their humor and enthusiasm as they were for their crack doubles skills.
Posted by Diane at 11:24 AM

All the best! It was always a joy to watch her play with Paola.