Sharapova yet to drop a game in Melbourne

We often talk about a player not dropping a set, but in the case of 2008 Australian Open champion Maria Sharapova, there is an unusual statistic: She has yet to drop a game at the Open. After beating countrwoman Olga Puchkova 6-0, 6-0 in the first round, Sharapova beat Misaki Doi 6-0, 6-0 in the second round. Wendy Turnbull is the only other women to win both opening  rounds 6-0, 6-0 at the Australian Open. Turnbull accomplished this feat in 1985. 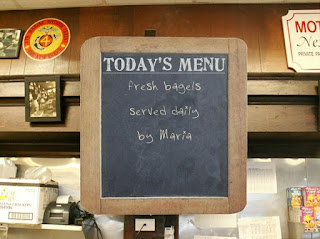 The Russian romp is over, however; Sharapova plays Venus Williams in the next round, so she'll have to do some work. Agnieszka Radwanska, Angelique Kerber and Li Na all advanced to the third round. Ekaterina Makarova, who made it to the quarterfinals last year, also advanced, and will face Marion Bartoli in the next round.

Qualifier Valeria Savinykh upset 15the seed Dominika Cibulkova, 7-6, 6-4. And wild card Madison Keys took out Tamira Paszek. Paszek is known for playing very long matches, but she won only three games against Keys, and the match was over in less than an hour. The 17-year-old's statistics say it all: 23 winners, a 75% success rate at the net, and first and second serve win percentages of 86 and 65. Keys will play Kerber in the third round, and that has the potential to be a fine match.

The 10th-seeded doubles team, Bethanie Mattek-Sands and Sania Mirza, were upset in the first round by Silvia Soler-Espinosa and Carla Suarez Navarro. 11th seeds Vania King and Yaroslava Shvedova lost to Shuko Aoyama an Irina Falconi.
Posted by Diane at 11:13 AM

Heya! I'm at work surfing around your blog from my new iphone 4! Just wanted to say I love reading through your blog and look forward to all your posts! Carry on the great work!

My web blog: tao of badass