Raymond and Stosur will not defend title in Madrid 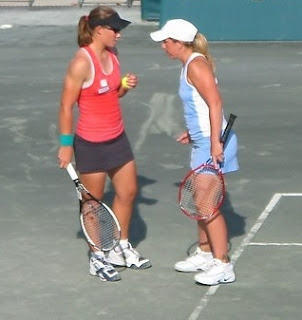 The doubles team of Lisa Raymond and Sam Stosur, who won last year's Sony Ericsson WTA Year-End Championships, will not be in Madrid next month to defend their title. Stosur has been ill with viral meningitis for much of the latter part of the season, and she is currently receiving treatment in the U.S. that will take up to six weeks to complete.

This is a blow to fans, but good for Stosur, who should be healthy and ready to play by 2008.
Posted by Diane at 9:07 AM