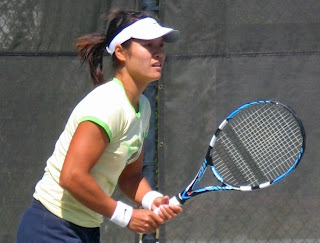 The 2008 season began with a bang when Li Na, just back after a six-month injury layoff (which followed another very long injury layoff) won the tour's first event of the season, in Gold Coast. The Gold Coast tournament is no more, however. It has been incorporated into the new Brisbane International tournament, which will also incorporate the men's tournament in Adelaide. Brisbane will commence on January 4.

You are of course correct. Although the official tour site still has it listed as 'Gold Coast'.

It was quite awkward for me, do I refer to it as the more recognisable title 'Gold Coast' or the more corporate sounding, Brisbane International. In the end I opted for the latter. Who knows how many perplexities the year of the roadmap phase 1 will throw up!!

The WTA site has apparently corrected its listing. And people are not good at calling things by new names, so it will probably be called Gold Coast by many.