Five unseeded players to compete in French Open round of 16 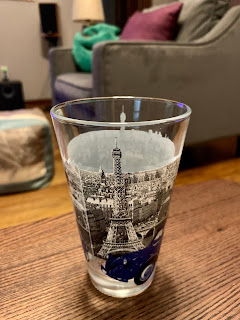 It was an exhausting first week, marked by injuries, withdrawals, upsets--and some really good tennis. And still standing, after three rounds, are five players who are unseeded. They are: Sloane Stephens, Barbora Krejcikova, Marta Kostyuk, Tamara Zidansek, and Sorana Cirstea. Four of them will be competing against other unseeded players, though one tends to place an asterisk next to Stephens' name; she may be unseeded, but she's still Sloane Stephens.

Two of those players have had especially good seasons. Krejcikova, long a doubles star, has made good on her goal to bring her singles level up, as has her doubles partner, Katerina Siniakova. Usually, one member of a doubles team decides to focus on doubles and the team either breaks up or plays fewer events together, but these two--so far--are doing it all. For her part, Krejcikova upset fifth seed Elina Svitolina to advance to the final sixteen.

The other player who has had a "long time coming" boost this year is Cirstea, who recently won her first singles title in thirteen years, and then immediately went on to be a tournament runner-up.

One-quarter of the draw is occupied by players from the USA--Stephens, Kenin, Williams, and Coco Gauff (Gauff's third round match against countrywoman Jen Brady came to an end when Brady retired with a foot injury).

Last year, Paula Badosa reached the round of 16, in which she was defeated by clay court specialist Laura Siegemund. Badosa, who won a grueling three-hour contest against Ana Bogdan in the third round, is most likely engaged in heavy recovery work--both physical and mental--so that she can be reasonably fresh for her next match.

This is pretty balanced. Swiatek is the favorite as of now, but almost anybody could win.

e said...
It’s so rare for a WTA player to win the same major two years in a row, but if anyone can do it, it’s Swiatek. She’s had to struggle a bit, which could make her really dangerous in the second week, now that she may have gotten her bearings. Sloane’s looking pretty dangerous, too.