Relive the #USOpen Final action as @Bandreescu_ clinches the 🏆🤩 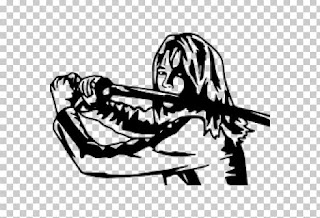 19-year-old Bianca (Bibi) Andreescu, making her debut at the U.S. Open, today defeated Serena Williams in a major final, as she took out the six-time champion 6-3, 7-5. Playing in only her fourth major main draw, the young Canadian woman--for a set and a half--looked as though she were going to break her come-from-behind, do-it-the-hard-way habits. But, as it turned out, they were exactly what she had to produce to overcome Williams.


"You and I have unfinished business"

Andreescu and Williams were involved in a big final earlier this summer in Toronto at the Rogers Cup, but it was not really played because Williams had to retire in the middle of the first set. We didn't get to see what could transpire between them during a match until today.


"Do you believe you are my match?"

Andreescu, who easily vacillates between looking really chill and looking like a bundle of nerves, came out in chill form and immediately broke Williams. The seventh game of the first set was intense, lasting ten minutes, with a double break on the line. Williams saved five break points to keep the score close, but Andreescu wound up winning the set 6-3.


"You have every right to want to get even"

The second set was when it got crazy. Andreescu came out for it exactly as she did in the first set, totally dominating her opponent. Williams's serve, usually the best in the business, was off, and even when it was "on," she was getting explosive returns, the likes of which she doesn't see that much. Andreescu went up 5-1.

"You didn't think it was gonna be that easy, did you?"

The Canadian star served for the match and held a match point, and that's when Williams blew the whole thing up, winning four straight games, and looking for all the world like the Serena who has won 23 majors by doing whatever she had to do. Suddenly, it was 5-all, and it looked like a third set was probably in Andreescu's future (as it so often is). Meanwhile, while Williams was undergoing a total change in accuracy, confidence and body language, her opponent began to wilt. We saw the "bundle of nerves" version of Andreescu.

But, much as she had done against Belinda Bencic, the Canadian upstart prevented the agony of a third set by winning the next two games and defeating Williams 6-3, 7-5. In doing so, she became the first Canadian to win a major.

Everything about Bibi Andreescu's tennis is jaw-dropping. She began the year as number 152 in the world, and next week, she'll be number 5. Pretty much out of nowhere, she won Indian Wells in March, then had to retire in Miami and was out for several months because of a shoulder injury. She missed both the French Open and Wimbledon. Then she popped back up and won the Rogers Cup, looking as though she had never gone away.

Any time a player, young or "old," reaches a major final for the first time, we expect her to have to confront nerves. And nerves often do a first-time major finalist in. When Andreescu got tight in the second set, I thought, "Well, we'll go to a third, and she'll overcome it, just like she always does." But she overcame it sooner, just as she did in her semifinal match. In other words, during the U.S. Open, the Canadian star seems to have become even scarier in terms of her mentality.

Holding this kind of nerve and mindset--even when you feel shaky--is a special gift. Chris Evert had it. Justine Henin had it. Serena Williams has it. And Bibi Andreescu certainly has it. I think that her main concern will be to stay healthy; she has quite a tendency to get injured. She's now traveling with a physio, however, which is a good decision on her part.

In the meantime, the great Serena Williams doesn't look to be going anywhere, and we should continue to see her in big matches. Powerful new blood is pulsing through the tour, though, with Naomi Osaka, Ash Barty, Bianca Andreescu, and a few others who are fighting to get their turn.

With her very good serve, powerful groundstrokes, mental toughness, amazing improvisational skills, and vast shot variety, Bibi Andreescu stands out as a force with which to be reckoned. Yes, #ShetheNorth, but I think she's so much more.

In only her 4th Grand Slam tournament, Bianca Andreescu won the US Open singles title. Only woman in the Open era to win a major after so few majors? Monica Seles at the 1990 French Open https://t.co/GE4IgsyEJi
— Christopher Clarey (@christophclarey) September 7, 2019

Have to say you were right about this one Diane. I had Andreescu dominating in tennis terms...and she did (I was thinking: This is Osaka with even more skills). Until that "need for drama" thing you mentioned kicked in. Yes, Serena had more than a little to do with it, but still.

And I have to say this caps the most promising year I've seen in a while for new talent: Bianca, Coco, Amanda, Vondrousova, Barty, even Caty McNally, they all have mad all-court skills, tremendous variety, and high tennis IQs at remarkably young ages and have shown great ability to handle pressure. Aeshetics-wise, we might be in for a golden age. Fingers crossed!

Bianca "30 All" Andreescu has a great ring to it! And you're right, Johnny, she does get there a lot. It's funny how things don't come that easily for her, but she makes it look like they do.

And yes, all this young talent is quite promising. And I'll add Bouzkova to that list.

We got the final we wanted. Serena didn't have her A game, but at this point of her career, she doesn't bring it for finals. Still, she scratched and clawed her way back, where most would have lost 6-1.

What else can be said about Bibi? You do something only Seles has done, that it a statement in itself.

Serena, I think, has fallen victim to the notion that it matters how many majors she wins. The number doesn't really have meaning, since it's impossible to compare numbers of majors across eras. Or (or in addition), she may feel obligated to fulfill the political/cultural demands of some of her fans. That kind of pressure is the only explanation (other than age, and in Serena's case, I don't buy that one).