The G.O.A.T. in the living room 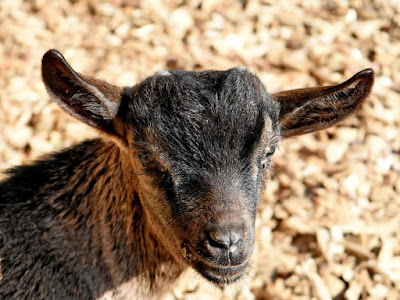 There are a lot of tennis discussions that turn me off, but perhaps none tires me as much as the one entitled "Who is the greatest player of all time?"

There are a couple of reasons I thoroughly dislike this discussion:

1. There is no way to measure such a thing.

Who decides what factors come together to determine who is the "greatest"? Does it involve winning majors (more on that in a moment)? Or does it involve the totality of a player's career--winning majors in different categories, remaining in the top 10 over a period of time, winning Fed Cup titles, etc.? There is no objective method of measuring such greatness.

Many people, however, believe that the number of singles majors won is an objective measurement. It is not. First, it doesn't take into account other achievements, such as those mentioned above. And perhaps even more significant, it isn't valid. Back when such outstanding players as Billie Jean King, Chris Evert and Martina Navratilova were playing, winning majors was not the be-all and end-all as it is now.

Consider, for example, that many top players skipped the Australian Open because it was held during the Christmas holidays. Consider that Chris Evert skipped three French Opens (and she would surely have won at least one of them, and probably all three) to play World Team Tennis. (Consider that Rod Laver was not even permitted to play in several majors.)

The obsession with choosing the "best" anything is something I don't understand. Not only is it objectively impossible, it reflects an obsessive desire to idealize something or someone to the detriment of appreciating so many similar things or people. I have no desire to determine whether a particular player is (or was) the greatest player of all time; it means nothing to me. I also have no desire to determine whether a player was the greatest of her era, even if there were objective criteria.

I much prefer to appreciate players for their outstanding contributions--as champions, as shot-makers, as surface specialists, as Fed Cup stars, as leaders. Too many discussions revolve around the G.O.A.T., a mythical creature whose existence serves to create pressure on players, to rely on the use of unreliable statistics, and to bring out the worst kind of fan over-identification.
Posted by Diane at 12:35 PM

I respect the take.

I will also put a different spin on this. In NBA circles, Pete Maravich is one of the great ones. His stats don't compare as well, because he shot from 3 pt range when it didn't exist. Peggy Fleming won the 1968 Olympics with a double axle, now that wouldn't even place. So being curious about what others could do in a different time, although unrealistic, interests me.

Oh, it absolutely is interesting. But people don't get "interested" in it--they use it as "proof" that Player X is a "better" player. We're basically saying the same thing--respect each great player for her era, its values, equipment and expectations.

I still think it's the case with most other sports -- especially baseball, basketball, football and the like -- allows the past and present to exist, on some level, on the same plane and prevents the accomplishments and *names* of many to not be forgotten by later generations. (For example, a healthy debate to compare QBs of different generations, with people generating for/against notions for the likes of a Brady, Montana, Marino, Elway or even Unitas is possible because people *can* grasp the differences that make the comparisons difficult, even if some blatantly refuse to do so and use statistical #'s as a gauge even though in many cases it makes a farce of things.)

I don't that's the case with tennis anymore, though. Too many people are entrenched on the side of whichever player they favor, specifically Federer or Nadal on the men's side and Serena on the women's, that no amount of "debate" can ever mean anything. As with so many things, it'll just devolve into "shouting," accusations and insults. Now most -- if they'd naturally be in one of those camps -- don't bother to actually learn about the other candidates people bring up from the past, and just double-down on what they think they know, for whatever reason, and will never be convinced that they're not 100% correct.

That said, I do still believe that a future generation's argument about Federer/Nadal/Djokovic will be intriguing, considering a more objective "numbers" position behind Djokovic could be made since he might end up with more slams, more weeks at #1 and a winning record against both, and because since he's less aesthetically pleasing and not beloved by so many he's essentially passed over by many today and can never overcome that. Of course, that could only *really* happen if those in the debate never really saw any of the three play, and thus an "objective" debate would then also lack a fair amount of context. It'd make it an exercise in futility, though an interesting one nonetheless.

I don't really think we have a similar sort of thing on the women's side.

I agree that tennis (these days) has less perspective about the past than other sports. It's a shame, too. I've been watching for so long that I see the continuum and find it satisfying. It's all political now, though, with all manner of things projected onto top players.

I, too, have wondered about how Roger, Rafa and Novak will be seen by future generations. It's interesting to think about, isn't it?

While I do find the "Greatest" debate fun, I also acknowledge the impossibility of certainty...and the same attitudes that grate on Diane grate on me! So few people seem to be able to keep any perspective or a sense of humor about it. This doesn't happen nearly as often in other sports and I wonder if there is something about tennis that inspires this kind of ridiculous intensity. Maybe fans simply identify more strongly with individuals in an individual sport that (unlike golf) is made up of head-to-head competition than in team sports. Because the only other sport that gets this heated is boxing (or at least it did, back when boxing was still a thing).

I always liked Larry Bird's comment on the subject. While he was still playing some reporter asked him if he thought he was the greatest player ever. He said: "You guys have already forgotten how great the players were who came before me. And five years after I'm gone, you'll forget how good I was."


He was right. If it wasn't for YouTube, even I would have forgotten!

I think you nailed it, Johnny--head-to-head competition. People get really emotional. That's a great quote from LB :)