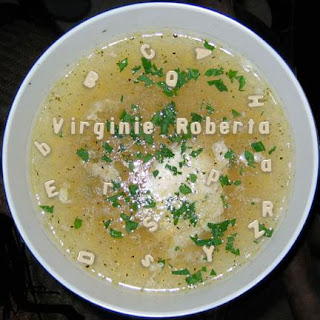 Imagine, many years ago,  a fortune teller looking into the eyes of Serena Williams and saying: "I'm picking up something about France--or is it Italy? Wait! It's both! I see two women. You will have a remarkable career, but a Frenchwoman and an Italian woman will force you to look at yourself in new ways. There will be drama. You may not like what you see, but Oh la la!....mamma mia!--you cannot escape their influence."

That might have sounded strange at the time, but our imaginary fortune teller's words now ring totally true.

In 2012, French wild card Virginie Razzano, ranked number 111 in the world, knocked Williams out of the French Open in the first round. Razzano defeated Williams, the number 5 seed, 4-6, 7-6, 6-3 on her eighth match point. The last game took 23 minutes to play.

Razzano wasn't exactly a nobody. She'd won a couple of WTA tournaments, and in 2009, she had achieved a career high ranking of 19 in the world. But her defeat of Williams was as shocking as anything fans had seen in professional tennis. The occasion marked the first time that Williams had ever lost in the opening round of a major.

Williams' life had already been seriously changed when she was forced to miss most of 2011 because of an accident that resulted in two foot surgeries, followed by a life-threatening pulmonary embolism. She started 2012 with a fourth round loss at the Australian Open, but nothing could have prepared her for the early loss at Roland Garros.

Already a part-time resident of Paris, Williams stuck around after her shocking French Open loss, and sought the guidance of Patrick Mouratoglou, founder of the Mouratoglou Tennis Academy. Mouratoglou became her coach, and Williams launched into what was almost a second career, winning the French Open in both 2013 and 2015 (prior to these recent victories, she had won in Paris only once--in 2002), and then achieving a second Serena Slam in 2014 and 2015.

In 2015, with the Serena Slam behind her, Williams faced the possibility of of doing one of the few things she had never done before in her career--winning the Grand Slam. Now, holding current titles at the Australian, the French and Wimbledon, all she had to do was win the U.S. Open, something she had already done six times. She was the defending champion. With a victory in Flushing Meadows, Williams would not only have finally won the Grand Slam (it is not a "Calendar Year Slam"), she would also have tied Steffi Graf's career total of 22 singles majors. (These major tournament comparisons have no real meaning because of the multiple and significant variables involved, but fans and tennis media insist on creating them.)

Williams defeated Madison Keys in the round of 16 and Venus Williams in the quarterfinals. Meanwhile, Italy's Roberta Vinci was quietly moving through the draw, and wound up facing Williams in the semifinals. Williams won the first set 6-2, and then--probably to the surprise of some--Vinci won the second, 6-4. Then Vinci repeated that score in the final set, and it was over. She would go on to lose to her countrywoman, Flavia Pennetta, in the final (Pennetta had removed both Petra Kvitova and Simona Halep, whom she had long dominated, in order to reach the final).

Williams ended her season early, citing season-long injury, and was scarcely seen for a while. This season, she lost the Australian Open final to Angelique Kerber, lost the Miami final to Victoria Azarenka, then lost to Svetlana Kuznetsova in the round of 16 in Miami, ending a Miami 20-match win streak. Williams then withdrew from Madrid.

Most of us speculated--and Mouratoglou confirmed--that not all of Williams' troubles were coming from having to deal with injuries; she has dealt with injuries--and worse--her entire career. How could she not have been crushed by getting just one match (supposedly, a "winnable" match) away from achieving what very few in the sport have ever achieved, and then losing?

Then came Rome. Williams got past Kuznetsova, Irina-Camelia Begu and Madison Keys to take the title, right before the start of the 2016 French Open. The world number 1 will play her first-round match in the next few days, thus starting a quest to win both a fourth French Open title and 22 major titles. Arguably, Kerber removed some of the pressure from Williams by making it impossible for Williams to try for the Grand Slam again this year. At any rate, win or lose in Paris, I don't think any of us doubts that Serena Williams will get to 22--and beyond.


...You held me down but I got up
Already brushing off the dust
You hear my voice, you hear that sound
Like thunder, gonna shake the ground

You held me down but I got up
Get ready 'cause I've had enough
I see it all, I see it now

I got the eye of the tiger, a fighter
Dancing through the fire
'Cause I am a champion
And you're gonna hear me roar...

It was as though the song had been written for Serena. Now 34 years old, the world number 1 seeks more glory both on the tour and at the Olympic Games. It's hard to imagine that she won't achieve it.

But what of Razzano and Vinci? The former is enjoying an unexpected surge in her career, while Vinci is having some problems in hers. They are both 33 years old, and their careers are, no doubt, winding down; Vinci is ambivalent about whether she'll retire at the end of 2016. The Frenchwoman has had a good, solid career. The Italian has had a very good singles career, an outstanding Fed Cup career, and a stellar doubles career. She holds the Career Slam in doubles, and has won five majors (all with Sara Errani).

But no matter how we honor those careers when Razzano and Vinci decide to leave professional tennis, we will also hold the Frenchwoman and the Italian woman in our collective memories as the pair who played integral roles in changing the course of the career of Serena Williams. Had Razzano not done the unthinkable in 2012, would Williams have won more French Open titles? Maybe, but it surely seems that her two late-career titles were the fruits of labor she began when she made such a fast exit from the courts of Roland Garros. And of course, the winning didn't stop there.

We don't yet know what role Vinci might have played, other than contributing to Williams's scarcity at the end of 2015 and throughout most of 2016. But loss always changes a person. It knocks her down and destroys her, or it painfully provides her with a new--and often better--paradigm for living. Just like serious surgery and a consequent life-threatening condition makes one more vulnerable, so does losing in ways that dash expectations and alter one's image. The Serena Williams we see now is not the Serena Williams we saw before September 11, 2015.

And that makes watching her all the more interesting because we don't yet know what current Serena will bring to the tour. But whatever it is, Serena--like the rest of us--is the product of many influences, some of which we might call "fate." Fate brought Serena two painful gifts--Virginie and Roberta, and their names will always be inexorably connected to hers in the world we call professional tennis.
Posted by Diane at 2:26 PM