She tossed her racket into the air, gave it a few moderate cracks on the court, and even bounced up and down on it, so frustrated was Family Circle Cup defending champion Andrea Petkovic in her opening round match against Chanelle Scheepers. Scheepers was in a rare zone throughout the first set, and could practically do no wrong. Swinging freely with great force of body, the South African player, who shines brighter in Charleston than anywhere else, took the first set 6-1.

Later, after she had passed the Scheepers test 1-6, 6-1, 6-2, Petkovic would tell the media that the first set was difficult for her because her opponent was playing so well, but also because she (Petko) was playing hard court tennis on a clay court. The German star isn't a fan of on-court coaching, but she said she took advantage of it tonight, and that her coach had to remind her that Indian Wells and Miami were over, and she had to be patient and play clay court tennis. After that, she was able to make the necessary adjustnents.

Petkovic also said that it "never crossed my mind that I might lose." This champion's mindset is an important development for Petko, who said that as time has passed, she has come to realize more and more what last year's Family Circle Cup title means to her. She said she wanted to stay in Charleston as long as possible because she likes it here so much and because "I don't want to go to Russia.....for Fed Cup." 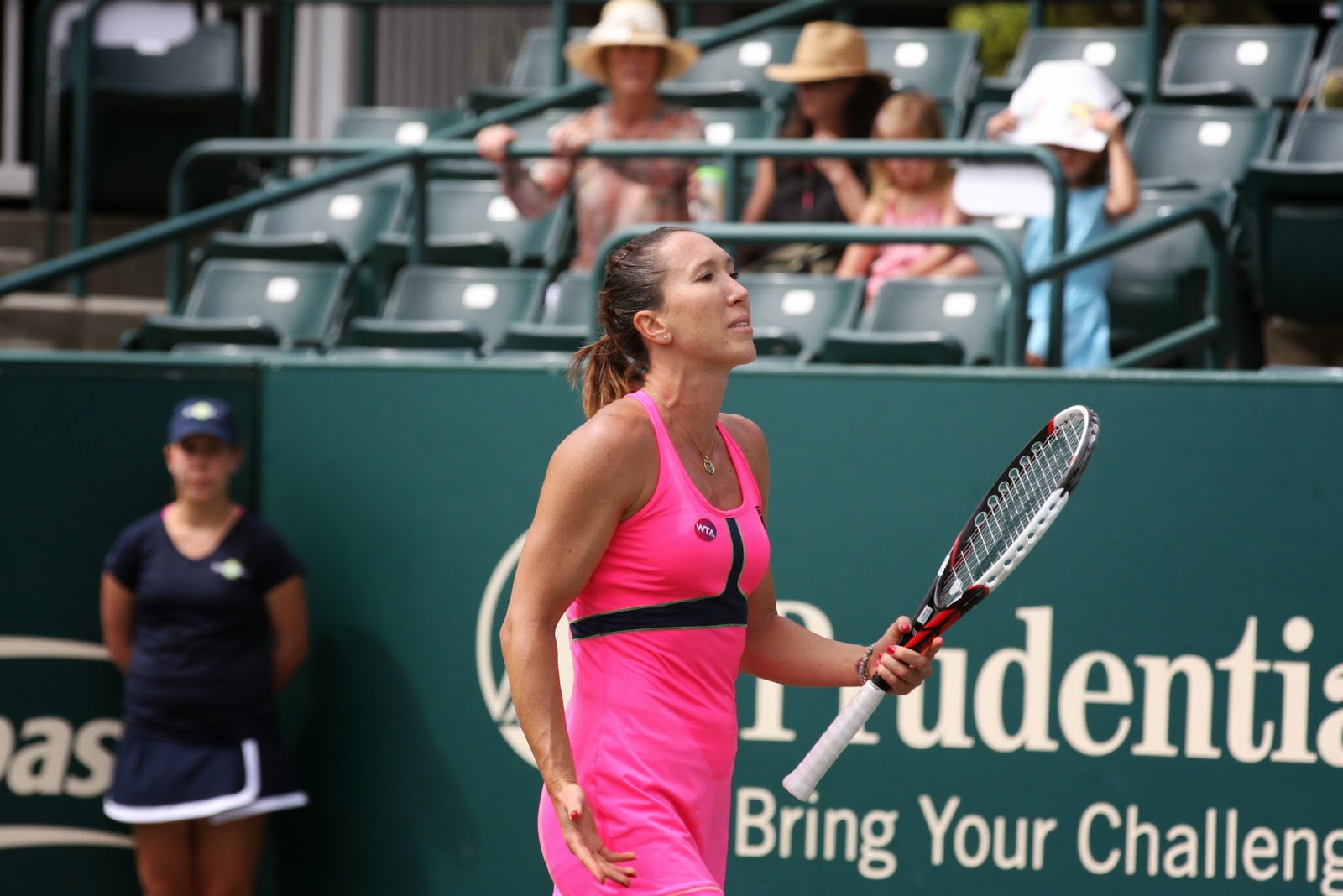 The German--who was so happy with her victory that she danced with fans--wasn't the only top player who was forced to play three sets. Earlier in the day, Jelena Jankovic met up with Miami Bouchard-slayer Tatjana Maria. Jankovic had a match point in the second set tiebreak, but double-faulted, and Maria went on to win the set. JJ's returns in the third set appeared to be fueled by anger, and she proceeded to deliver a 6-3, 6-7, 6-1 victory.

And then there was Angelique Kerber, who found herself down a set and down a break in the third set against Evgeniya Rodina, but then found a way to win. After she converted match point, Kerber let out a yell that must have released a 50-pound weight of frustration.

There was a major upset in doubles: Mattek-Sands and Ajla Tomljanovic defeated Chan Hao-Ching and Chan Yung-Jan 2-6, 6-0, 10-4.

Really. She gets Errani Wed., so we'll see.