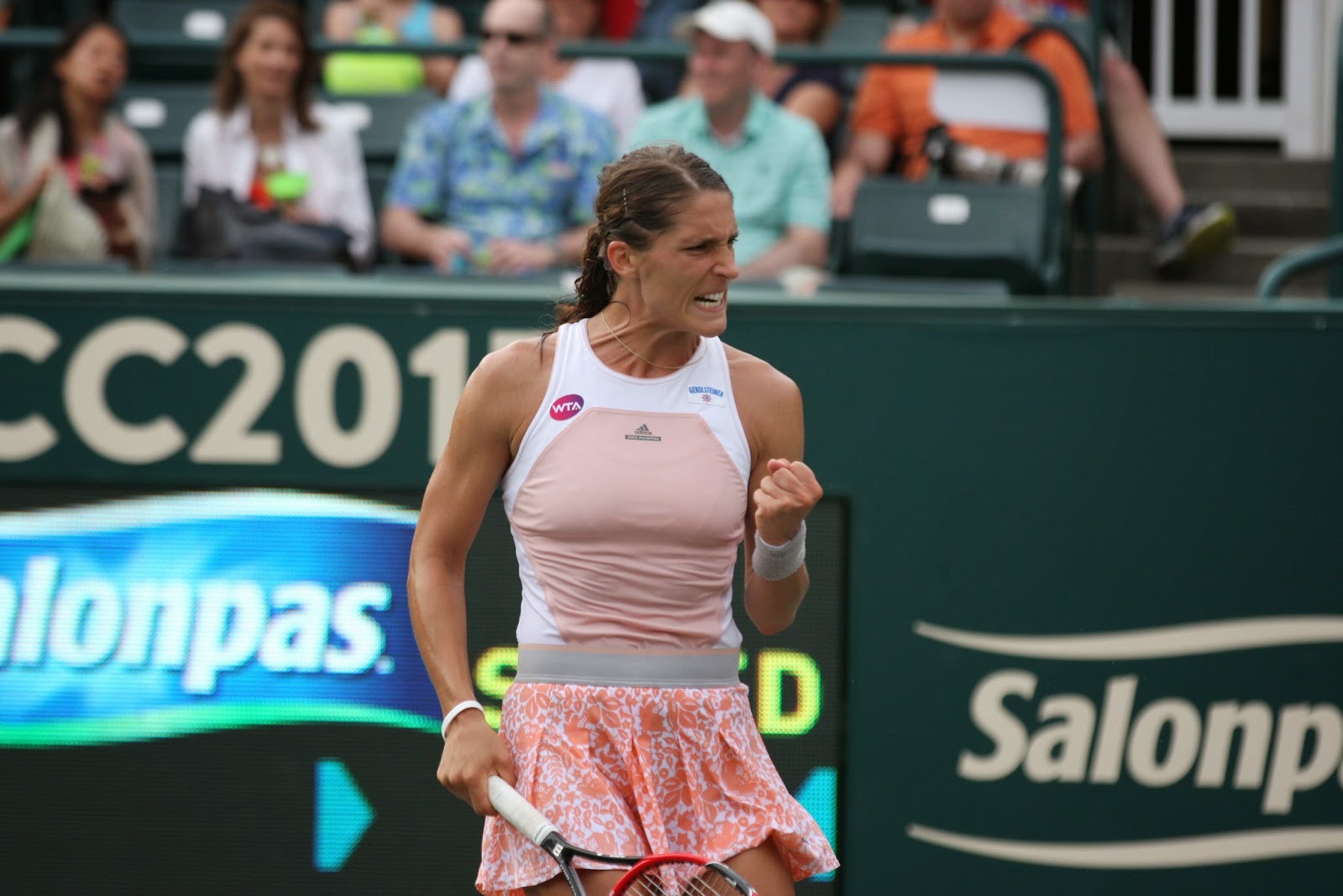 Danka Kovinic was supposed to play her countrywoman and idol and mentor, Jelena Jankovic, in today's Family Circle Cup quarterfinals. Instead, an injured Jankovic sat in Kovinic's box and applauded enthusiastically both for her protege, and for Jankovic's close friend, Andrea Petkovic, who became Kovinic's opponent when JJ withdrew.

Kovinic used her big serve to take an early lead in the match. About halfway through the first set, she began missing her first serve, but that didn't provide much relief for Petkovic; Kovinic immediately began strategically placing her second serve. The Serbian qualifier took the first set 6-2 from an increasingly frustrated Petkovic.

Petkovic, who likes to refer to herself as a "stiff German," is actually a very emotional player who has been known to toss and break a racket or two. She cracked one tonight, and that seemed to get her back on track. She won the match 2-6, 6-3, 6-1. As for Kovinic--she was tough to the end, hitting a 122 mph. ace to save a match point.

One of the more amusing scenes of the quarterfinals occurred this evening when Petkovic, seated on her sofa between games, looked up and saw Jankovic sitting directly opposite her. The defending champion will get an even closer eye-to-eye with a friend when she plays countrywoman Angelique Kerber in the semifinals tomorrow. Kerber won a double tiebreak match against 13th seed Irina-
Camelia Begu in the last singles match of the day.

And what a match it was. Begu is always good on clay, as are Romanians in general. The tall, slender Begu, whose facial expression and body language rarely change during a match, used her considerable clay court skills to run over Kerber for much of the first set. But you know Kerber: Down 1-5, she fought her way to 5-all, forced a tiebreak, and won it.

With the crowd solidly behind her, Kerber appeared to relax a bit in the second set. Begu acted as though the 5-1 lead had never existed. She continued to lob, spin, hit drop shots and paint lines. The pair reached 6-all again, and then Kerber put the match away.

This was a high-quality thriller, filled with cleverness and variety--the perfect night match.