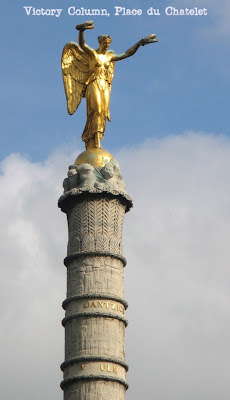 Sam Stosur had a terrible draw. In her way were three women considered favorites to win the French Open--four-time champion Justine Henin, world number 1 Serena Williams, and Jelena Jankovic. Stosur removed them all from competition, and emerged as one of the most match-tough finalists we've seen in a while. A lot of people, with good reason, expected her to win the tournament...a lot of people didn't realize what was in store for the talented Australian.

Francesca Schiavone, one of Italy's two Fed Cup superstars, has always had a wonderful clay game, and that game isn't too shabby on hard court and grass, either. She reached a lot of finals over the years, and she choked them away. But later in her career, perhaps because of her gritty Fed Cup victories, the fighting Italian learned how to hold her nerve and utilize her talent all the way to the end. Currently without a coach, Schiavone asked Italian Fed Cup captain Carrado Barazzutti to help her prepare for the French Open.

It was a wise decision. Schiavone defeated Li Na, Maria Kirilenko and Caroline Wozniacki, then won a tiebreak set against Elena Dementieva in the semifinals, only to have Dementieva retire because of a calf muscle tear. Throughout her run, Schiavone looked like the consummate clay court athlete--sliding easily to make difficult shots, using heavy topspin to overcome opponents, volleying with grace, and serving  well when she needed to. She got better as the tournament progressed, and was at her peak when she reached the final.

It seemed only fitting to me that two of the best clay court athletes on the tour should meet in the final, and for Schiavone--who has worked so hard for so long--to be one of the contenders. Seeded 17th and about to have her 30th birthday, Schiavone is an athlete's athlete. She is fit, she is gritty, and she she never stops trying to improve her game.

Stosur's story is just as good: She's a doubles champion who, later in her career, overcame her own problem with nerves to become dominant in singles, and on her "worst" surface, at that. When Stosur won Charleston, she announced herself as a clay court contender in a big way. When she took out Henin at Roland Garros, the excitement mounted, and when she saved a match point and upset Williams, she created a well-deserved frenzy.

What happened today in Paris is that Schiavone won a tense game of "Anything you can do, I can do better." Unlike other players, Schiavone knew how to handle Stosur's kick serve. Though she is even shorter than Henin, the Italian was able to stretch up to the high ball and hit successful defensive lobs, thereby keeping the ball in play. She also handled the Australian's topspin, giving back plenty of her own, and using her lovely one-handed backhand to masterfully return Stosur's big serves.  And--except for a lapse during the second set--she served beautifully. Just as important, Schiavone won at the net--over and over. She rushed forward when Stosur's other opponents hung back, and steadily increased the pressure on the 7th seed.

After losing the first set, Stosur, looking more confident, increased the ferocity of her forehand in the second, and went up 4-1. Those looking forward to a third set, however, were disappointed. Schiavone held for 2-4, then broke Stosur. Stosur then held easily, and the set soon went to a tiebreak. And though the tiebreak began in a fairly routine way, once Schiavone grabbed the mini-break, she never looked back. The tiebreak was, in fact, a microcosm of the entire match, with Schiavone taking the bite out of Stosur's serve and forehand with quickness, spin, expert volleying, and--yes--willpower. Stosur never got beyond her first two tiebreak points.

The 6-4, 7-6 victory sent Schiavone supine onto the clay, and she kissed the court before rising, shaking Stosur's hand, and participating in one of the biggest group hugs ever. A contingent of Italians, wearing Schiavo (an old nickname), Nothing is Impossible T-shirts, drove 10 hours to see their player achieve the biggest sports victory of her life, and they are probably all hoarse from cheering.

Schiavone is the first Italian woman in history to win a major. At 29 years and 11 months old, she is the second-oldest first-time major champion, behind Anne Jones, who won Wimbledon when she was 30 years and 9 months old. The new champion is also the lowest-ranked woman to win the French Open since Sue Barker, ranked 18th, won it in 1976.

Last year's French Open began with Stosur's defeat of Schiavone; this year's tournament ended with Schiavone's brilliant defeat of Stosur. Stosur obviously has a very good career ahead of her, but today, Schiavone was like a fine French or Italian wine--complex, known for strong legs, and nearly perfect with age.

It was a very good match despite the fact that it only went two sets. Both played well but one played better. It wasn't a blow-out. That I enjoyed. The difference in looking at the statistics was the unforced errors of Stosur(their winners were within 1-so close) and net percentage. They had the exact same first serve percentage. There was moments of nerves on both sides but as the match went on, Schiavone became more fearless. It was great to see the Open go to another all-court, variety player such as Henin in the old days. With that kind of game and a good serve, height doesn't matter. Footwork, speed does. Enjoyable. Sometimes I have a personal favorite in a final. But this time I just sat back, relaxed and enjoyed a good match!

Congrats to Schiavone! called it yesteday. As for nerves, Schiavone's were all about dreams comming true and she made it happen. With Stosur, her nerves can from everyone saying that she was going to win and she believed the hype. Reminds me of Wimbledon 03' when Serena (my girl) thought she had it in the bag, but Maria had other plans. In tennis, womens tennis that is, a player can never count their chickens to early because one day your in and the next day you might be out!

You did call it, Anon. Nice job. I really didn't know how it was going to come out, but I knew that--one way or the other--it wasn't going to be easy for Stosur.

Still, I do believe that Schiavone is the oldest first-time Open Era slam champion. Very impressive.

I wonder if when Schiavone told Stosur she was stil young and can win that she realized that she's actually only three years her junior. Of course, three (short) years in "normal" terms and three (long) years in "tennis" terms aren't really the same, are they? :)

Sorry--I meant to say "first-time" winner--thanks for the catch.

I thought the "young" comment was pretty funny. As you say, in tennis years, Sam must seem like "youth" to Francie.

I love how she embraced the moment and WON this match. Her backhand volley to set up match point was sublime. A wonderful non deer-in-the-headlights final.
Brava indeed!