The rivalry no one talks about 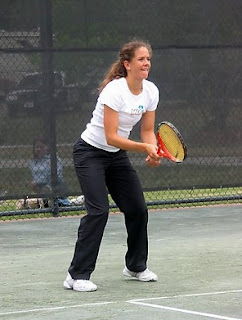 Patty Schnyder faces her rival, Daniela Hantuchova, in the Luxembourg quarterfinals on Friday

Tomorrow, they will meet again in Luxembourg, in the quarterfinals of the FORTIS Championships.

In other Luxembourg news, Marion Bartoli passed a tough test today by defeating Sybille Bammer 6-2, 7-5. Her next test will be even tougher--she faces Anna Chakvetadze in the quarterfinals.
Posted by Diane at 8:07 PM