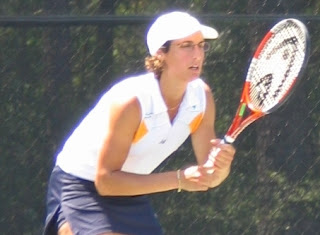 Hard-working, entertaining Virginie Razzano, who is a dangerous floater in most tournaments she enters, won her first career title today, defeating Tzipora Obziler, 6-1, 6-2 in the Jinjiannan Guangzhou International Women's Open. The unseeded 34-year-old Obziler, who had to take out Peng Shuai to get to the semifinals, had never before been in a final, and it would have been equally satisfying to see her win in Guangzhou.