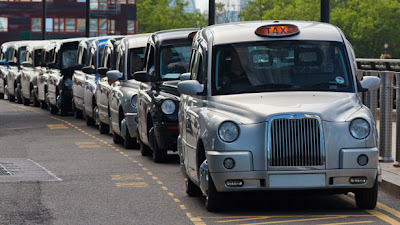 Here, in ascending order, are my top 10 Wimbledon occurrences:

10. Up on the roof: The decisions to open or close the roof kept players and fans in suspense. Who took advantage of both rain breaks and playing on an indoor court is still up for discussion. What isn't is that weather and roof issues continue to be meaningful at Wimbledon.

9. Trouble in Little Italy: Camila Giorgi surprised fans with her spirited run to the round of 16. The newest fighting Italian took out Flavia Pennetta, Anna Tatishvili and Nadia Petrova, before she was finally stopped by nerves--and Agnieszka Radwanska.

8. Wait for what?!: Junior champion Eugenie Bouchard hit 21 winners in the final, instead of waiting for her opponent to make errors. Then, playing with Taylor Townsend, Bouchard won the doubles title, too.

7. That must be a misprint: Esther Vergeer, the winningest tennis player on any tour, lost her doubles semifinal. It was hard to believe, but it happened. There is no wheelchair singles competition at Wimbledon, so once Vergeer and her partner lost, the revered champion was out of the tournament.

6. Drama queen: What would this Wimbledon have been like without Tamira Paszek? First she dramatically won Eastbourne, saving five championship points. Then she made it to the quarterfinals at Wimbledon, and--along the way--dispensed of 7th seed Caroline Wozniacki, Alize Cornet, Yanina Wickmayer, and 21st seed Roberta Vinci. Paszek was finally stopped by 2nd seed Victoria Azarenka. The Wozniacki match lasted 3 hours and 12 mintues, and Paszek was broken when she served for it, but won it on her opponent's serve. The Wickmayer match lasted two hours and 40 minute and involved 17 breaks of serve.

5. She'll always have Paris: It's been eight years since Maria Sharapova's trimuphant run at Wimbledon. This year, the top seed got past the dangerous Tsvetana Pironkova in the second round, but in the round of 16, she was defeated by Sabine Lisicki. Only recently, Sharapova won the French Open and completed her career Slam. It wasn't difficult to imagine her winning Wimbledon, also, but it wasn't to be.

4. Rare and gold: In the third round, wild card Yaroslava played a Golden Set. Shvedova won the first set against Sara Errani without dropping a point, something that had never before been done at a major. Shvedova would go on to win the match 6-0, 6-4. Shvedova came very close to winning a Golden Set in Memphis in 2006, when she won 23 straight points.

3. Shelf space needed: Where do the Williams sisters put all those trophies?! They just won their fifth Wimbledon doubles title by defeating 2011 French Open champions Andrea Hlackova and Lucie Hradecka in the final. Serena and Venus had not played doubles at Wimbledon in two years. They have now won 13 majors, plus the Olympic medals and mixed doubles trophies and tour trophies.

2. Is that London fog, or....?: For those of us who have kept faith with her over the years, Agnieszka Radwanska's run to the final wasn't a huge surprise (others might perhaps keep an eye open for The Radwanska). Possessed of tennis's cleverest game and an impressive variety of shots, Radwanska--with her vastly improved first serve and her new-found nerve in big tournaments--has come into her own.

1. Big difficult: Asked how difficult it was to beat Seena Williams when she was playing the way she did in the quarterfinals, defending champion Petra Kvitova replied "It is big difficult." This was probably my favorite quote from the whole tournament. Kvitova has a delightful way of summing things up efficiently, and "big difficult" pretty much sums up "The Serena." Williams really struggled in a couple of matches--against the speedy Zheng Jie, and again against Yaroslava Shvedova. But she used her mighty serve and her belief in hereslf to take a fifth Wimbledon title. It's no surprise that Williams used Wimbledon to punctuate her comeback; she has always felt so at home on the grass at the All England Club.
Posted by Diane at 11:43 AM