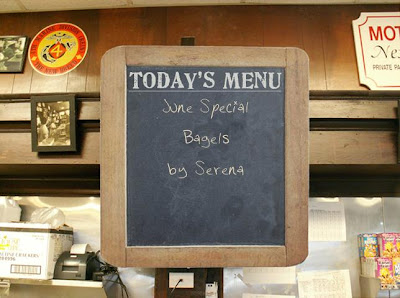 That looks like an impossible tennis score, but it's something else--the results of each of Serena Williams' first sets in the three matches she has played. She defeated Michelle Larcher De Brito, Anna Chakvetadze and Dominika Cibulkova in straight sets, and none of her opponents won a game in the first set.

Next for Williams is Maria Sharapova, and one assumes that the round of 16 will put an end to the pattern. Sharapova defeated Barbora Zahlavova Strycova 7-5, 6-3 today in the third round.
Posted by Diane at 11:58 AM