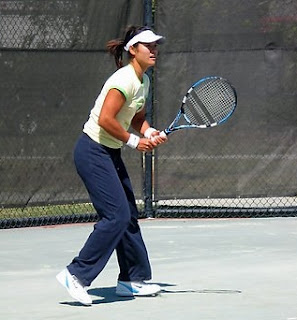 This is a real blow to Chinese tennis, and also to fans. Li (who is also Jelena Jankovic's doubles partner) was ranked number 16 in the world in January. She reached the round of 16 at the Australian Open this year, and the quarterfinals of Wimbledon last year. Zheng, who is also a good singles player, has two Grand Slam doubles titles with Yan.
Posted by Diane at 10:57 AM