Here are my top 10 Wimbledon occurrences, in ascending order: 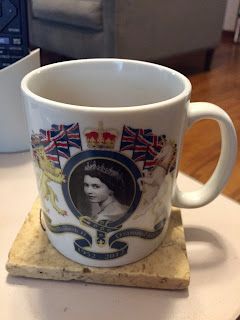 10. We are Wimbledon: When the first men’s semifinal went on and on for hours, it might have occurred to those in charge to go ahead and start the second one on a different court. But that didn’t happen, so the second one—not exactly a brief affair itself—was postponed when the 11:00 p.m. curfew was reached. That meant that it had to be continued the next day on Centre Court when the women’s singles final had been scheduled to begin.

So the women’s finalists had to wait. Everything got backed up, and—as of Friday night—the women’s doubles final wasn’t even assigned a court; it wound up on Court number 1. The logical argument was made that the men’s semifinal couldn’t be scheduled after the women’s singles final because the winner needed to rest. I agree with that. The problem was that the “planners” didn’t exactly plan, and—surprise!—it was women who were forced to wait to play one of the biggest matches of the season, and women who were forced to play on a court that should have never featured a major final.

9. Ostapenko’s face: Probably a top 10 at every major


8. Diede De Great does it again: Mentored by world-class athlete Esther Vergeer, Diede De Groot, at the age of 21, has already made a name for herself in the tennis world. She just defended her 2017 Wimbledon wheelchair singles title, and--with Yui Kamiji--she won the doubles championship, too. (Kamiji has now won five consecutive doubles majors.) De Groot also won the Australian Open singles title. For the past couple of years, the world number 1 wheelchair player has been collecting big trophies all over the world, and--while the competition is strong--she appears to have a very bright future.

7. The ballet artist vs. the running wonder: It was a thing to behold, the quarterfinal match played by Dasha Kasatkina and Angie Kerber. The Russian—in the tradition of such graceful icons as Suzanne Lenglen, Maria Bueno and Evonne Goolagong—is sometimes mesmerizing on the court. Her easy-to-watch athleticism was put to the test by the equally dazzling athleticism of Kerber. Kerber prevailed, but Kasatkina left everyone wanting more.

6. A potent mix: The doubles landscape is changing, and nowhere has that been more obvious than at Wimbledon. USA player Nicole Melichar, hardly a "tennis household" name, made appearances in both the women's doubles final and the mixed doubles final. She lost the first, but--with Alexander Peya--she won the mixed championship. Melichar and Peya defeated the formidable team of Vika Azarenka and Jamie Murray 7-6, 6-3 in the final. Melichar was born in the Czech Republic, which means that--according to a certain way of looking at things--Czech women cleaned up in doubles at this event.

5. It’s all about Germany!: Julia Goerges has re-invented her career, so it’s no surprise that she would wind up, for the first time, in a major semifinal. The surprise was that she wound up in one at Wimbledon. A superb clay court and hard court player, the German has never felt very comfortable on grass. But it turns out that the re-invention brought about a new set of beliefs, and Goerges—with her big serve—moved skillfully through the draw. She was stopped by Serena Williams, but what a run it was!

4. Lots of grass, but few seeds: You had to start watching early if you wanted to see some of the tour's top seeds at Wimbledon. In the first round alone, we lost French Open runner-up Sloane Stephens, 5th seed Elina Svitolina, Coco Vandeweghe, Magnalena Rybarikova, Svetlana Kuznetsova, two-time champion and favorite-to-win Petra Kvitova, former champion Maria Sharapova, and Caroline Garcia. In the next round, we lost defending champion Garbine Muguruza, Jo Konta and former finalist Aga Radwanska. It was a brutal opener for the tournament.

3. The Rock rolls away: I fully expected Petra Kvitova to end last week by holding up her third Venus Rosewater dish; her lead-up to Wimbledon made her an easy favorite. It was, therefore, a shock when she was upset in the first round by Aliaksandra Sasnovich. Kvitova appeared to be in pain/discomfort throughout the match. She said, afterwards, that her problem was nerves. I don’t imagine we’ll ever know the whole story. I should add that Sasnovich—playing a lot like Kvitova herself—gave a stunning performance.

2. Czech them out!: They won the French Open, then turned around and won Wimbledon. Barbora Krejcikova and Katerina Siniakova, seeded 3rd in London, defeated Nicole Melichar and Kveta Peschke 6-4, 4-6, 6-0 in the final, and--when no one was looking--became top WTA threats.

Krejcikova was coached by Jana Novotna, who--20 years ago--won both the singles and doubles championships. In 2013, Krejcikova and Siniakova won the junior doubles title at Wimbledon. That same year, they also won the championships at the French Open and the U.S. Open. It was after this last victory that the Czech pair gave us a gift that I do hope they give to us again, and very soon, please:


1. 2017? What 2017?: When you’re as busy as Angie Kerber is, time races by, and who knows?—you might suddenly realize that you lost twelve months or so. Oops. But when you’re Kerber, you also remember how you took yourself from journeywoman-plus status to that of elite champion. So she went through the steps again, getting better every tournament, and now, she’s the 2018 Wimbledon champion.

Hers wasn’t an easy draw, either. She had to defeat former Wimbledon finalist Vera Zvonareva, a tricky Claire Liu, 18th seed Naomi Osaka, the once-again dangerous Belinda Bencic, Russian trickster Daria Kasatkina, and a very in-form Alona Ostapenko. Then came the real test, as Kerber faced off, yet again, with Serena Williams. Kerber’s amazing defense, paired with the accuracy of her shot-making, earned her a third major championship, and put her one win shy of a Career Slam.