Here are my top 10 French Open occurrences, in ascending order:

10. A second serving of Coco: There's another Coco to watch in USA tennis. Cori "Coco" Gauff is the 2018 girls French Open champion. the 14-year-old Gauff defeated Catherine McNally, also from the USA, in the final. Last summer, Gauff became the younger girl to ever reach the final at the U.S. Open. McNally and her partner, Iga Swiatek, won the doubles championship, defeating Yuki Naito and Naho Sato in the final.

9. Japanese sweep: 9. Yui Kamiji, the world number 1 wheelchair player, won the French Open for the third time this week. Kamiji watched her Japanese compatriot, Shingo Kunieda, win the men's championship, and said that seeing him win "pushed me very much." But it wasn't easy for Kamiji because she had to face her rival, Diede de Groot, who won their first set, 6-2. The world number 1 came back, however, to win the last two sets 6-0 and 6-2.

In doubles, de Groot and her partner, Aniek van Koot defeated Kamiji and Marjolein Buis, who were the defending champions.

8. The doctor is in: Miaela Buzarnescu had never won a main draw match at a major when she entered the 2018 French Open. The 30-year-old Romanian, who was off of the tour for four years because of shoulder and knee injuries (and who earned a doctorate while she was on haitus), reached two WTA finals last year. At Roland Garros, she defeated both Vania King and Rebecca Peterson, then drew worldwide attention when she upset 4th seed and title contender Elina Svitolina in straight sets. Buzarnescu would fall to Madison Keys in the round of 16, but--what a run.

7. Last samba in Paris: Some of us were really looking forward to watching defending champion Alona Ostapenko compete (and do everything else she does), but we didn't get to see much. Ostapenko lost to world number 67 Kateryna Kozlova in the first round. This is the first time the defending champion has lost in the first round at Roland Garros since 2005 when Anastasia Myskina was defeated by the unseeded Maria Sanchez Lorenzo. But there's more: Ostapenko, through one of those tennis twists of fate, also gets this year's Wooden Spoon award.

6. More stunning than a flat Earth video!: Not many saw Yulia Putintseva coming, but the Kazakhstani player known for on-court verbal expressiveness had a great run in Paris. Putintseva began her campaign by taking out 22nd seed Jo Konta in straight sets, then defeated Jennifer Brady, and--in a tense, two-hour and 18-minute match--Wang Qiang. In the round of 16, Putintseva upset 26th seed Barbora Strycova, but finally fell, in the quarterfinals, to Madison Keys.

5. The championship run that almost wasn't: Latisha Chan may have lost her number 1 ranking in women's doubles last week, but she received a very nice consolation prize. She and Ivan Dodig won the French Open mixed doubles championship, defeating Gabriela Dobrowski and Mate Pavic in the final. Chan was ill before the tournament, and had doubts about even entering, but fortunately, she was able to team with Dodig and win her first mixed doubles major championship. Chan, playing with Martina Hingis, won the 2017 U.S. Open women's doubles title.

4. Not the champion--this time: Sloane Stephens is never afraid to say what's on her mind, and during a press conference in Paris, she made it clear to the media that the "Sloane wins big in the U.S. but not outside of her country" routine can be put to rest. And, with her ascension to the final at Roland Garros, it looks like she's right. The 2017 U.S. Open champion operates on Sloane Time, and that works just fine for her, thank you very much. She moved smoothly through most of her draw in Paris, and very skillfully took the first set of the singles final. That was the last set she won, but there's no doubt about it: Sloane Stephens, with her easy power and fluid movement, is a force. 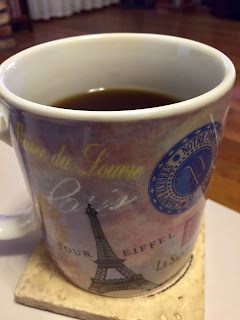 3. They were the favorites: Before the tournament began, there was quite a bit of talk about several potential champions--Simona Halep, of course, but also Elina Svitolina, Kiki Bertens, and former champions Serena Williams, Garbine Muguruza and Maria Sharapova. I thought that the talk about Williams wasn't realistic, and--until the last minute--I thought the Sharapova talk wasn't realistic, either.

It turned out that reality wasn't on the side of any of them but Halep, though Muguruza advanced all the way to the semifinals, in which she was routinely taken out by Halep. Bertens lost in two tiebreak sets to an in-form Angie Kerber in the third round, Williams retired from the tournament with an injury after her third round win, and Sharapova fell to Muguruza in the quarterfinals. Two other players who I thought would have excellent tournaments--Julia Goerges and Caroline Garcia--went out in the third and fourth rounds, respectively (losing to Williams and Kerber).

As for Svitolina, who many thought would win her first major in Paris: She continued her pattern of slaying in regular tournaments and making a fairly early exit in majors. This time, it was Mihaela Buzarnescu who delivered the blow--again, in the dreaded third round.

2. Fulfilling junior promise: The Czech team of Barbora Krejcikova and Katerina Siniakova made up one formidable junior doubles team, winning not only the French Open, but also Wimbledon and the U.S. Open, all in 2013. Today, they won their first major, defeating Eri Hozumi and Makoto Ninomiya 6-3, 6-3 in the final. Hozumi and Ninomiya, incidentally, are the first Japanese team to reach the final of a major. Their path to the final included defeating top seeds Timea Babos and Kiki Mladenovic.

And then there's the news that, tomorrow, Ekaterina Makarova and Elena Vesnina will achieve the number 1 doubles ranking for the first time. Makarova and Vesnina did not compete (as a team) in this year's French Open.

1. Romanian relief, Romanian pride: Going for the title for the third time--and not helped by also having seen the 2018 Australian Open title pass her by--Simona Halep did the only thing she could do--she cleared her head and willed herself to victory. Of course, this is Halep, so she did this after she lost the first set of the final to Sloane Stephens. But some players need to come from behind in order to get the momentum they need, and the world number 1 appears to be one of them. Maybe this won't always be the case (a good start in this direction was her straight-set dismissal of 2016 champion Garbine Muguruza in the semifinals).

However she did it doesn't really matter. Simona Halep, the first player to win her first major while holding the number 1 ranking, banished the psychological demons that have plagued her for some time, and did so against a really tough opponent. Every player is filled with joy upon winning a major, especially a first major, but the look on Halep's face after she hit match point was priceless. She did it. It was a long time coming, but she never gave up, and she found a way to make her mind as flexible as her body.

A day later, I'm still enjoying all the photos of Simona and the Coupe Suzanne. ;)

I love the story of de Groot, but that of Kamiji inches ahead of her for Wimbledon. Though I know not too much attention will be given to her even if she DOES win the singles to become the first to win all eight WC slam crowns. The two of them going back and forth, winning slams and claiming the #1 ranking, is really a great little scenario taking place in almost total obscurity. :(

Wheelchair isn’t even listed in the RG draws—say no more.

Hmm--just discovered that my paragraph on Katya and Elena got misplaced. Correction made.

Interesting how the whole thing worked out for Makarova/Vesnina, since they both ended up with the same conclusion both IN the RG draw and AFTER it in the rankings. :)

Speaking of that, something which I hadn't even though about, as de Groot's Twitter post today says that she actually moved BACK into the #1 spot (in both s/d, actually) even though she lost to Kamiji. I knew they weren't very many points apart, but I hadn't thought about her improvement on her '17 RG result being enough to move her past Kamiji (by 25 pts) even with the loss. Makes their Wimbledon competition even more interesting.

That IS interesting. Rankings are so confusing!