Who is "that Yankee Doodle girl"?

What an extraordinary U.S. Open this is. First, I'll point out that five of the eight quarterfinalists are engaged in rather amazing comebacks: 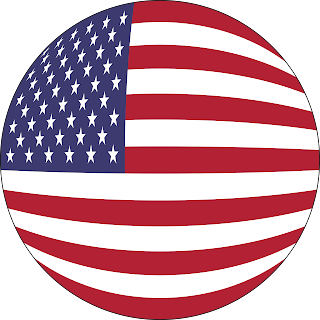 Madison Keys was out for the first part of the season because of a wrist injury which required two surgical procedures. Upon her return in the spring, she injured her shoulder. It's taken her a while to return to form, but her marathon late-night matches in New York have revealed to is what a tough customer she has become.

Kaia Kanepi was out for two years with various injuries, including problems with both of her feet. During that period, she decided it was better for her to just stay off of the tour, but she changed her mind when she realized she really missed tennis. A return to a major quarterfinal is a remarkable achievement for the Estonian.

Sloane Stephens was out for about a year because of a foot injury. She returned this summer and reached the semifinals in both Toronto and Cincinnati.

Anastasija Sevastova came back from retirement in 2015, but I'm going to sneak her into the "comeback" category  because she had to start her career all over again from the bottom and work her way up. The extremely talented Latvian spent most of her "first" career unnoticed, partly because she experienced so much injury and illness that it was hard for her to gain much momentum.

Sevastova retired from the tour in 2013, having suffered enough. But a good long rest was just the recuperation she needed. Last year, she reached the U.S. Open quarterfinals, and she repeated that feat again this year, taking out Maria Sharapova in the round of 16.

As impressive as these comebacks are, however, it would be hard to top Petra Kvitova, whose left hand (that hand) was  severely sliced in multiple places when she was attacked during a house invasion in December of 2016. No one was certain that the Barking Czech would be able to play again, but she wound up returning to the tour more than a month earlier than her doctors had predicted. She also won the title in Birmingham.

Kvitova, who has played breathtaking tennis in New York, lost her U.S. Open quarterfinal in an outstanding match against Venus Williams. And while she didn't make it to the semifinals, the Czech star looked more like herself than she has in a long time. And she still doesn't have all the feeling back in her left hand.

The other three quarterfinalists, of course, were world number 1 (for a few more days) and 2016 runner-up Karolina Pliskova, steadily rising star CoCo Vandeweghe and Venus Williams, who--in her "second career"--is an athletic wonder.