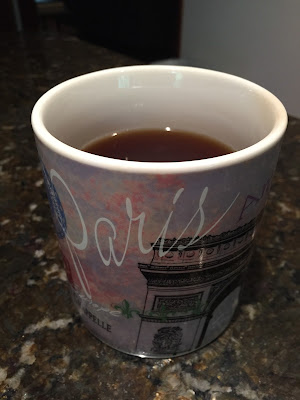 We knew going into this French Open (actually, we know going into every French Open) to expect just about anything, and though we're still in the first round, it looks like it was a good idea that we were so prepared.

That Angie Kerber was upset in the opening round was hardly a surprise, but that doesn't make it any less sad. I saw that someone on Twitter asked (not an exact quote) "how could someone with Kerber's 2016 season have this kind of 2017?" Easy--there is a lack of psychological preparedness. This happens not only in sports, but in every endeavor, in both the short- and long-term. We just notice it more in sports because of the drama of competition.

The sad part is that it doesn't really take that much to turn a negative mindset around. We now have several methods of doing this, from hypnosis to mindfulness to visualization to cognitive-behavioral psychotherapy. But apparently, these very effective methods aren't being employed.

A struggle that shouldn't have been a surprise, but apparently was, involved Kiki Mladenovic. Mladenovic recently sustained a back injury, yet none of the talk about injured contenders included her; I have no idea why. Mladenovic, obviously hampered by pain, squeaked past Jennifer Brady, but only because Brady's nerves got the best of her toward the end of the match. Unless she has a sudden resolution of her problem (and she might), the Frenchwoman's Roland Garros future doesn't look too good. That's a shame, because she was (and may still be) definitely a contender to win the title.

We saw 2012 runner-up Lucie Safarova go out, and we saw CoCo Vandeweghe go out--rather easily. And also sadly, we also saw an ill Julia Goerges go out in the first round. Daria Gavrilova is out, once-a-contender Jelena Jankovic is out, and 2010 champion (and 2011 runner-up) Francesca Schiavone had the bad fortune to draw defending champion (and once again, contender) Garbine Muguruza in the opening round. Irina-Camelia Begu is out, too.

Haiku no. 2 for Kvitova

New life bursts in spring,
even from the densest clay;
Petra has returned!
— Diane Elayne Dees (@WomenWhoServe) May 28, 2017


There won't be better news this season.

Tomorrow, two condenders take to the Parisian red clay--3rd seed Simona Halep, who faces Jana Cepelova, and 5th seed Elina Svitolina, who will play Yaroslava Shvedova. Also of interest is Caroline Garcia, who will compete against Nao Hibino, and the also recently injured Daria Kasatkina, whose opponent is Yanina Wickmayer.