The return of The Ninja, and other tales of the WTA 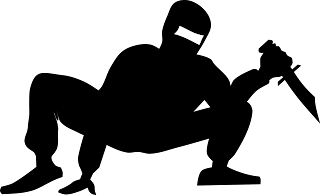 She's back. After slumping (or at least, her version of it) for most of the season, Aga Radwanska is now in possession of a second beautiful Tokyo trophy. The new title is Radwanska's first of 2015, and she won it by defeating CoCo Vandeweghe, Elina Svitolina, Karolina Pliskova, Dominika Cibulkova, and Belinda Bencic--an impressive run by any standard. The Polish star's defeat of Bencic in the final was especially impressive. Bencic was red-hot at this event, and while the 6-2, 6-2 scoreline doesn't begin to do justice to the young Swiss star's performance in the final, it does tell the story of The Ninja At Her Best.

Radwanska, whose skills and artistry practically defy description, is capable of being more aggressive than she sometimes is. But for the Tokyo final, she brought out the full package, and there was little Bencic could do to stop her.

Radwanska likes this Asian swing. In 2011, she won Tokyo and Beijing back to back.

The Road To Singapore is paved with uncertainty. Only three players--Williams, Halep and Maria Sharapova--have qualified for the WTA Finals. Petra Kvitova, Lucie Safarova, Flavia Pennetta, Angelique Kerber, and Carla Suarez Navarro are currently in the top 8 of the race, followed by Pliskova, Garbine Muguruza, Radwanska, and Bencic.

Earlier in the season, it looked as though Muguruza were "it"--the young player who was most likely to make a giant move soon. Now, most observers would probably pick Bencic. Anything could still happen, and "anything" could also be Karolina Pliskova--or Sloane Stephens, or Genie Bouchard, for that matter.

Meanwhile, Halep has played her way to the number 2 spot in the world, but has yet to win a major. Both Halep and Radwanska play beautifully artistic and athletic tennis, and neither--in my opinion--has met her full potential.

Sharapova, who has been out with a leg injury, returns this week as an entrant in Wuhan. The defending champion is Petra Kvitova, who won the event last year just as her dear friend Li Na was retiring. To astute observers, in fact, it appeared that Kvitova won Wuhan "for" Li, who did not enter the tournament. The Czech star received the trophy after she defeated Genie Bouchard in straight sets in the final. This occurred, of course, a couple of months after Bouchard lost to Kvitova in the Wimbledon final.

Bouchard, by the way, is scheduled to play Bencic later today in the Wuhan first round. Never a dull moment.
Posted by Diane at 7:20 PM

That was vintage Aga the Ninja! I am so glad I watched it and thanks for the recap!

My pleasure. Kind of a relief to see her back :)

A relief and a thing of beauty! If only Mary Carillo et. al. could have stopped fawning over Bencic for a few seconds to even notice.