I hate middle Sunday. First, why would the tournament that generally has the most rain take an entire day off? It makes no sense to me, but then, it's Wimbledon--say no more. Beyond that, most people don't go to work on Sunday, which makes it a perfect day to watch tennis, except there isn't any to watch.

Here are some things you can do on middle Sunday:

See Virginia Wade, Joyce Williams and Ann Haydon Jones in their Ted Tinling Wimbledon outfits in 1969. You also get to see their cameras.

Learn about the Venus Rosewater dish.

Do my favorite thing, and listen to the Evonne Goolagong song!

Watch Goolagong and Evert play the final in 1976.

Take a moment to miss Tatina Golovin and her awesome undergarments.

Or, if like I, you have to get up very early to watch the round of 16 tomorrow, you can just: 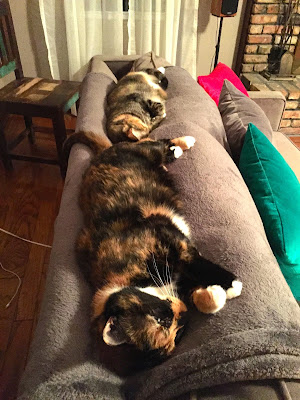 I used to love reading Jon Wertheim and Pete Bodo...but lately I take a lot of what they say with a grain of salt. They sometimes seem scripted/part-of-the-establishment, biased, or blatantly pushing an agenda/ulterior motive... Or maybe it's more innocent...but they certainly seem easily swayed by sentiment...wertheim more than bodo.

In his last Mailbag, Wertheim said he wished all slams had a middle sunday. but in his other columns, he's always talking about how extra sessions, tv slots are key for the survival of the sport. whelp, middle sunday certainly doesn't help that.

I still remember how in 2012 wimbledon/olympics, he kept going on and on and on about how slams should be best of 3 since that was the in vogue sentiment. And then in the next slam, there was a "riveting" 5-set match and he immediately reversed course. I believe that ppl can change and, of course, they're entitled to their own opinion...but for some reason, he comes across as pandering to the public...the worst crime of all -- being a populist.

Loved the post. The clips helped me get through middle Sunday.

The worst flip-flop was when he wrote an entire column on how he'd changed his mind about equal pay because "the market should rule." I mean, totally ignoring the screaming reality that "the market" is driven by the cultural lie that women's sports are inferior and not "real" sports. No sports column has ever made me angrier.

As for Bodo, I could never handle that level of provocative sexism.

My favorite of that general group has always been Steve Tignor. And I really enjoyed his book, High Strung.

Glad you enjoyed the clips, Eric!