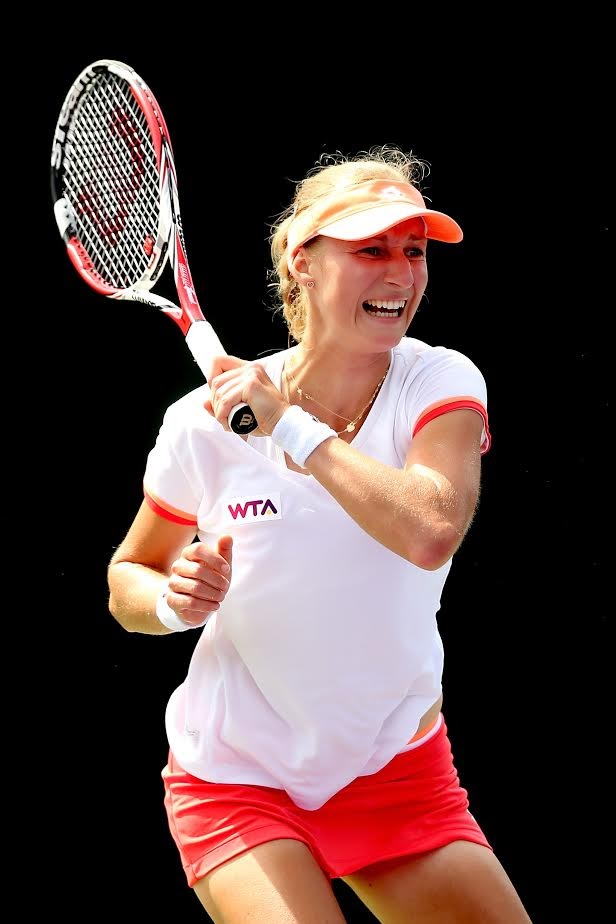 Ekaterina Makarova, playing in Charleston for the first time in five years, leads this year's field at the Family Circle Cup, which will be held April 4-12. Makarova, who is number 9 in the world, will be joined by defending champion and world number 10 Andrea Petkovic. The 56-player field is made up of 43 direct entries, 8 qualifiers and 5 wild cards. Qualifying takes place April 4-5, and the wild cards will be announced at a later date.

Makarova, a consistent threat at majors, made it to the quarterfinals at Wimbledon and the semifinals at the U.S. Open in 2014. Her number 9 ranking is a career-high for her.

Safarova, ranked number 11 in the world, has made a strong showing in Charleston for some time, and in the last year or so, has become more and more of a threat on the tour, as well as in Fed Cup competition. The Czech star was the singles runner-up in 2012, and she won the doubles title in both 2012 (with Anastasia Pavlyuchenkova) and 2013 (with Kiki Mladenovic). Safarova, who won Doha earlier this season, will be playing in Charleston for the fifth time in her career.

Also contending for the title are world number 14 Sara Errani, world number 15 Angelique Kerber, and the recently rejuvenated Jelena Jankovic, who was the runner-up this past weekend in Indian Wells. Jankovic won the Charleston title in 2007 and was the runner-up in 2013. Last year, she and Andrea Petkovic provided unparalleled entertainment when they teamed as doubles partners.