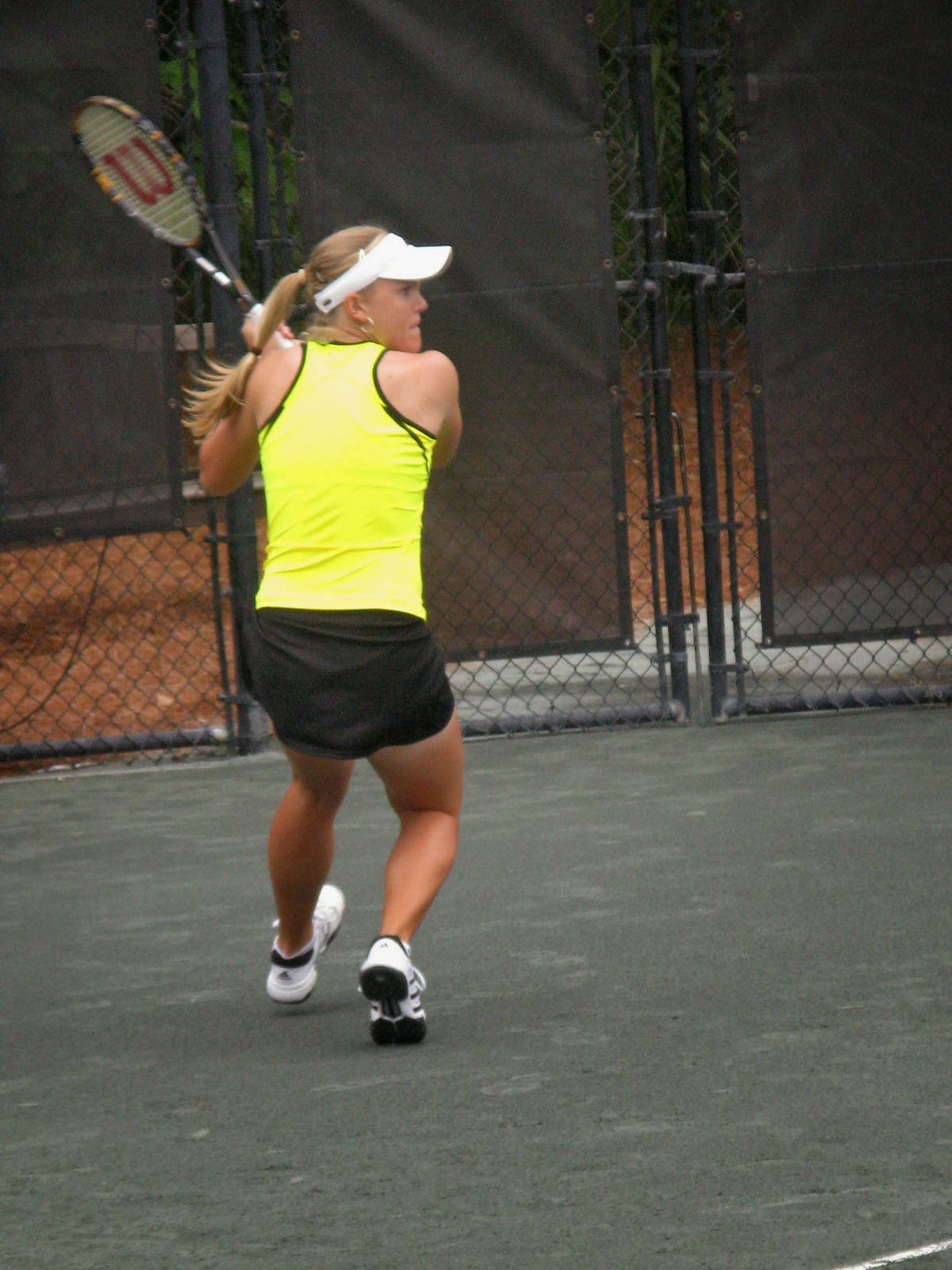 Five years ago today, 17-year-old Melanie Oudin from Marietta, Georgia began her campaign to bring down Russia at the U.S. Open. Her first victory went unrecognized, but it was significant. In the opening round, Oudin defeated her junior nemesis, Anastasia Pavlyuchenkova, the player who had denied Oudin the top ranking throughout their junior careers. I made a mental note of that.

In the second round, everyone made a mental note, as Oudin upset 4th seed and 2004 finalist Elena Dementieva. That caused quite a stir, but it was nothing compared with round 3, when the teenager brought down 2006 champion and international celebrity Maria Sharapova. Oudin earned the nickname "Little Miss Upset" and became the talk of the tennis world and the U.S. news media. Everyone wanted to know about her shoes, her training, her family, her boyfriend, and what on Earth possessed her to become an army of one against the serious tennis force that was Russia.

Wearing her pink and yellow Nike shoes with the word Believe printed on them, Oudin walked flat-footed around the court like a baby duck on a mission. She was all business, and like almost-famous Tsvetana Pironkova, didn't give a damn what anyone thought about her consistent use of the forehand slice. She yelled "Come on!" she fist-pumped, she yelled some more, and all five feet and six inches of her appeared electrified as she wiped out one tall Russian after another.

Nadia Petrova was Oudin's next victim. The 13th seed became the fourth Russian giant to get run over by those pink and yellow shoes. It was as if Oudin were opening a set of matryoshkas and stomping on them, one by one. "Well, she was just seventeen..." the Beatles tune blasted through the tournament loudspeaker as Oudin stepped off of the court for yet another interview.

Melaniemania was at a peak, and why not? A teenager from the USA, barely out of juniors, was not only upsetting very high seeds, she was knocking off consecutive Russians. To compete consecutively against four players from the same country was a novelty in itself. The fact that that country happened to be women's tennis giant Russia made the entire affair something beyond tantalizing.

There was a down side, though. Against Dementieva, Sharapova and Petrova, Oudin had lost the first set. She was tired. She got eventual finalist Caroline Wozniacki in the quarterfinals, and that was the end of her run. Wozniacki beat her in straight sets.

And this is where--at least for me--it gets fascinating in a fantasy sense: If Wozniacki had lost her round of 16 match, Oudin's quarterfinal opponent would have been 2004 U.S. Open champion Svetlana Kuznetsova, another Russian. And to this day, I believe Oudin would have beaten her and gone to the semifinals. But it wasn't to be, and it still seems somehow "wrong" to me that the upstart teenager didn't get to play five Russians in a row.

Oudin appeared on "The Tonight Show" and on "The Ellen DeGeneres Show." She was personable and candid and made a good showing. Shortly after the conclusion of the U.S. Open, a member of the tennis press revealed that Oudin was under a considerable amount of especially nasty family-related stress, which made the 17-year-old's run even more remarkable.

Unfortunately, Oudin was not able to break through in a big way on the tour, despite her 2009 U.S. Open success. She had a couple of good runs in Charleston, she and Jack Sock won the U.S. Open mixed doubles championship in 2011, and she surprised everyone by winning Birmingham in 2012. She has not gotten past the second round of the U.S. Open since 2009 (this year, she didn't make it out of qualifying), and she is currently ranked number 135 in the world.

Oudin is not quite 23 years old, and no one can know what lies in her tennis future. But whatever does or doesn't happen, nothing can take away the thrills that she created in 2009 when she mowed down Russia's finest in one glorious rump through the U.S. Open.
Posted by Diane at 9:13 AM

Her string of wins over the players she defeated seems even more hard to believe now than it did at the time. Of course, in retrospect, considering how thing have gone for her, I guess that was bound to happen, huh?

Serena didn't "win" the match today. She played not to lose and waited for Kanepi to lose. I feel like she's done that since the middle of 2013...she's not going to win GSs like that...not against players who are ready to take things.

She's done that, on and off, yes, and even before 2013. Kanepi (surprise!) was off, or--I like to think--Serena would have stepped it up today. But, as you say, Eric, at some point, she won't be able to wait for her opponent to lose. There are some aggressive and/or accurate players still in the draw.

SHe just gets so nervous these days. I want the "relish the battle" Serena back. Although she was less accurate with her play...