Wozniacki advances to semifinals in Charleston

Top seed Caroline Wozniacki defeated 6th seed Nadia Petrova 6-3, 6-4 Friday in Charleston, and is now into the semifinals. Her opponent will be 7th seed Vera Zvonareva, who defeated 13th seed Melanie Oudin, 7-5, 6-2. Oudin had a difficult time holding her serve, and Zvonareva was not serving at the level at which she is capable. She will certainly have to serve better against Wozniacki, if she expects to be truly competitive against the first seed. 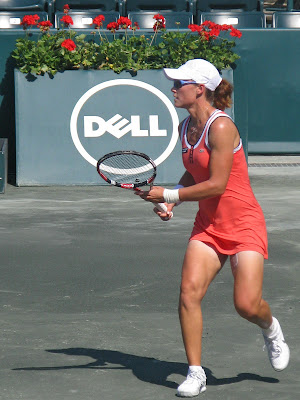 4th seed Sam Stosur defeated Peng Shuai 6-4, 6-1. Peng, whose thigh was wrapped, appeared to have some trouble with her movement in the second set. Stosur, who had outstanding service percentages of 82 and 76, served for the match in style: She hit three consecutive aces, followed by a serve that was impossible to return. 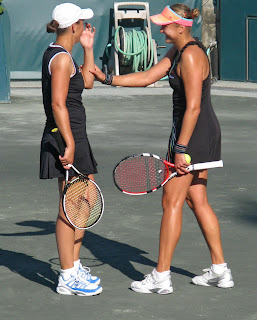 Do you know why Huber and Petrova were playing doubles together? Is Cara Black injured?

I still don't know, Mel. I just know that Petrova hadn't planned to play because Stosur wasn't playing, and Tony Huber asked her if she be Liezel's partner for the tournament. Stosur and Petrova confirmed several times this week that they are partners, though Stosur won't play doubles in all tournaments.

In my view every person ought to look at it.