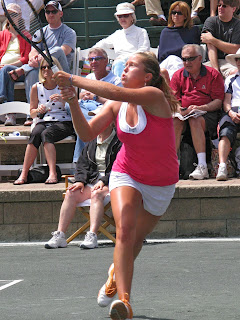 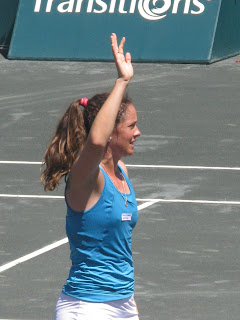 Ekaterina Makarova and Marie-Eve Pelletier may have received a walkover when Peng Shuai and Elena Vesnina withdrew from competition at the Family Circle Cup, but they are still going to play tonight. Makarova and Pelletier will play in an exhibition match against Patty Schnyder and Shelby Rogers.

Rogers was this year's SMASH Junior Cup winner, and she received a wild card into Charleston qualifying. She lost to Christina McHale in the first round, though she did take one set. Rogers also played in a Monday night exhibition match against Malou Ejdesgaard.

In my opinion one and all should browse on this.